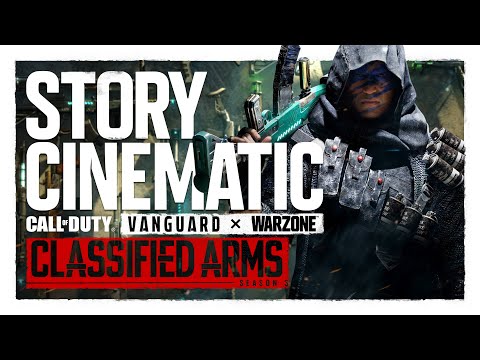 Activision’s battle royale, Call Of Duty: Warzone, is about to get one of its biggest crossovers to date – literally.

Call Of Duty: Warzone is being prepped for its third season and will feature an event dubbed Operation Monarch. The update will involve monster movie legends King Kong and Godzilla, who both met on the battlefield last year in Godzilla vs. Kong.

There’s no concrete information besides the launch date of May 11, with the two titans’ appearance in the games not being expanded on outside of small teases. The official website does show off three new skins, although whether this is the extent of the crossover is still to be confirmed.

However, Season 3 of Warzone also coincides with the next Call of Duty: Vanguard update, as the two games will both be getting the Classified Weapons update too.

The new update, Classified Weapons, drops on April 27. This will come to both games, but Operation Monarch is a Warzone only event.

For those playing Warzone, Season 3 will bring a new gulag to fight in, as well as new trials and a new point of interest: Dig Site.

The official website does give a little insight into some new skins coming for Operation Monarch, including skins revolving around Kong, Godzilla, and Mecha-Godzilla.

Mateo Hernandez is a sniper, while the two others, Florence Carter, and Kim Tae Young, are the close-quarters counterparts.

These three characters will be available during Season 3, with all three also playable in Warzone.

Either unlockable by buying them outright in bundles or by completing different challenges, Call Of Duty’s next line of weapons include:

Handled by Treyarch, the team behind the Black Ops games, the zombies mode in Vanguard is a little different to previous entries. Vanguard allows you to bring in all the weapons you’ve earnt via the battle pass into the game, giving you the edge from the outset, rather than having to scavenge for yourself.

Vanguard will also see 20 new challenges for players to take on during the duration of the season.

MORE : Call Of Duty: Vanguard studio already working on next game – probably not a sequel