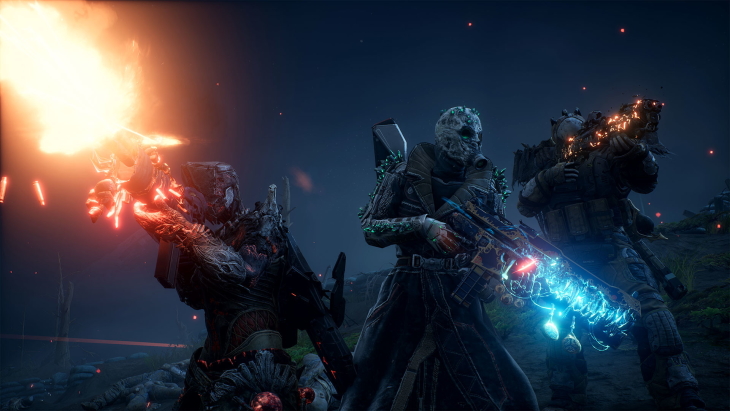 Developer People Can Fly have announced they are giving away legendary weapons and more in Outriders, in compensation for issues at launch.

At launch the game suffered issues with its servers, with our own reviewer and others being unable to connect. While Square Enix and People Can Fly stated they were addressing the issue, the game’s concurrent player peak on Steam hit 110,000. This soundly trounced Marvel’s Avengers, which had all time high of around 31,000 concurrent users at launch.

Now, in the Post Launch Dev News Update on the game’s official SubReddit, this was further confirmed with the Connectivity Post-Mortem. “We had enough server scaling capacity,” the developers explain, “but our externally hosted database was seeing issues that only appeared at extreme loads.”

In compensation for the launch issues, the developers prepared a Community Appreciation Package, featuring several in-game items. While the details are still being worked out (to see what is technically feasible) the developers aim for all players who played between March 31st to April 11th, or had an automatic inventory wipe restoration.

You can find the full rundown (via Steam) below:

OUTRIDERS is a 1-3 player co-op RPG shooter set in an original, dark and desperate sci-fi universe.

As mankind bleeds out in the trenches of Enoch, you’ll create your own Outrider and embark on a journey across the hostile planet.

With rich storytelling spanning a diverse world, you’ll leave behind the slums and shanty towns of the First City and traverse forests, mountains and desert in the pursuit of a mysterious signal.

Combining intense gunplay with violent powers and an arsenal of increasingly twisted weaponry and gear-sets, OUTRIDERS offers countless hours of gameplay from one of the finest shooter developers in the industry – People Can Fly.

Outriders is available now via Windows PC (via the Epic Games Store, and Steam), PlayStation 4, PlayStation 5, Xbox One, Xbox Series X|S, and Google Stadia. A playable demo is currently available. In case you missed it, you can find our hands-on preview here, and can expect our review soon.