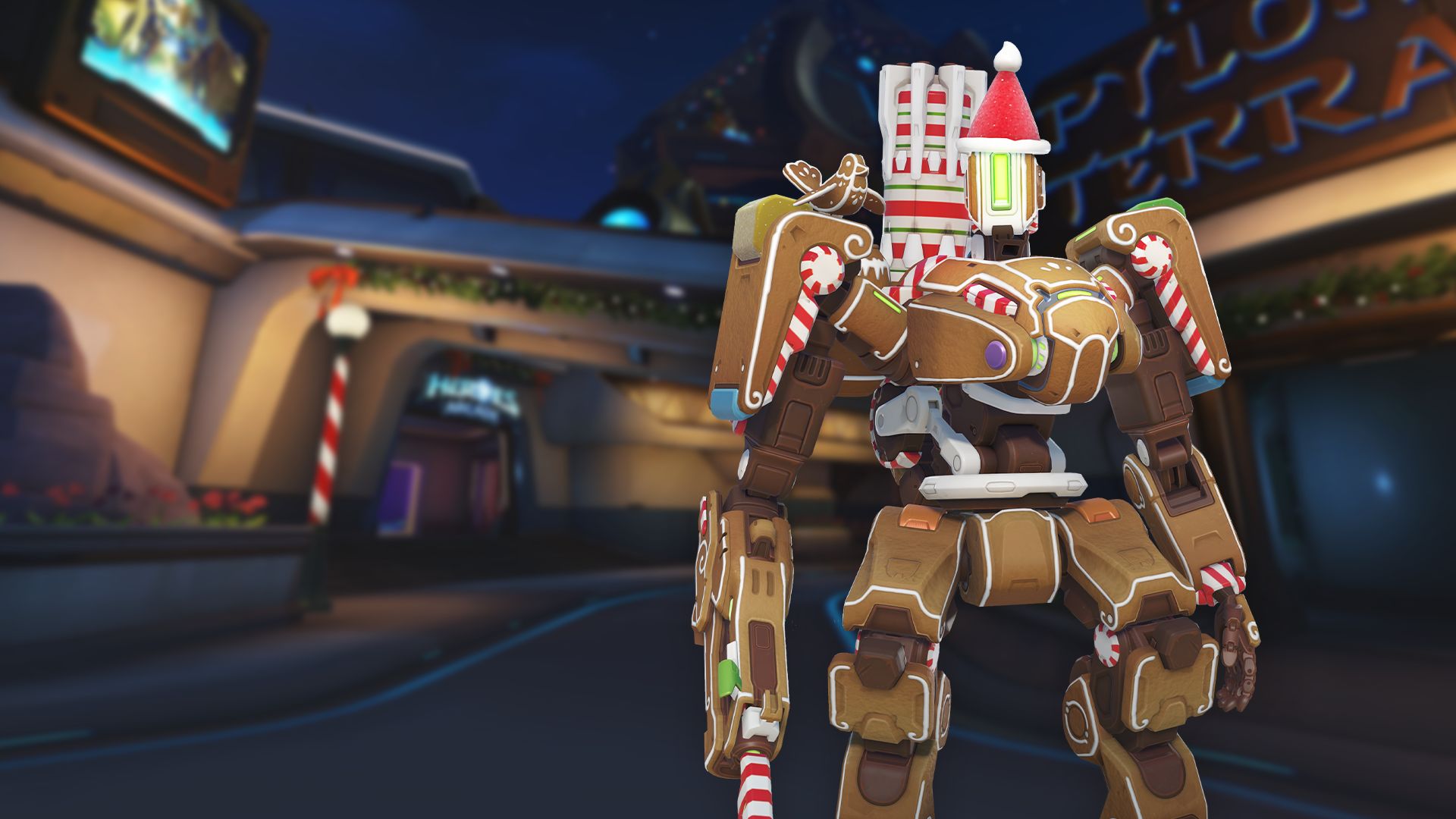 Join the heroes of Overwatch – dashing through the snow in this year’s Winter Wonderland! This wintery event features new arcade modes, cosmetics, free rewards, and plenty of good times. The Overwatch Team has cooked up a sweet holiday treat for players! Starting now through January 2, you can snag the all-new Gingerbread Legendary Bastion skin for a single Overwatch Coin.

This year’s Winter Wonderland has some icy arcade modes in store! The first playable mode during the event is Mei’s Snowball Offensive. Fire snowballs to knock out opponents in a 6v6 Elimination or an 8-player FFA Deathmatch ruleset.

The next available mode will be Mei’s Yeti Hunt, a 5v1 raid-boss brawl. A team of five Mei players must work together to set traps and freeze a rampaging Yeti that is stealing food from the local village. Be careful, if he steals too much meat he will go into a frenzy and quickly wipe out your team. Strategically, and carefully, set your traps to catch the Yeti!

The last mode will be Freezethaw Elimination. Players must eliminate all opponents by freezing them solid. Support your teammates and get them back into combat by thawing them back to life!

Watch your favorite Overwatch 2 streamers that have drops-enabled on Twitch from December 25 through January 4 to earn colorful and festive cosmetics.

Log into Overwatch 2 for free to get a special gift from the team: the Festive Wreath weapon charm and the 2023 player icon. Enjoy holiday challenges to earn even more free rewards – including the Ice Queen Epic Brigitte skin.

So dash through the snow and pick up your Legendary Gingerbread Bastion skin for one Overwatch coin. Get Winter Wonderland free login gifts, enjoy seasonal challenges, and free rewards will be available until January 3.

Happy Holidays from the Overwatch 2 Team! 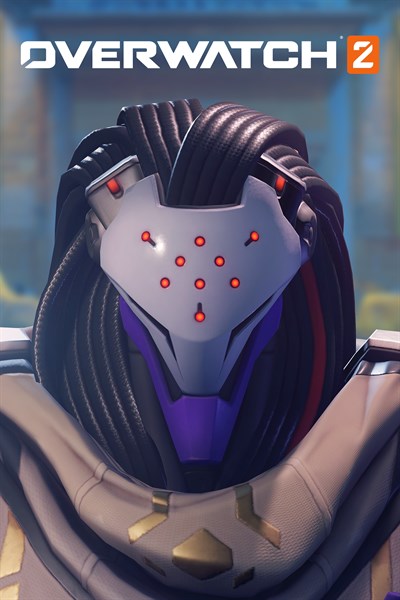 Overwatch 2 is an always-on and ever-evolving free-to-play, team-based action game set in an optimistic future, where every match is the ultimate 5v5 battlefield brawl. Team up with friends and dive into the reimagined PvP experience as a time-jumping freedom fighter, a beat-dropping battlefield DJ, or one of over 30 other unique heroes as you battle it out around the globe.

36 HEROES, 23 MAPS AND 6 GAME MODES
Lead the charge, ambush your enemies, or aid your allies as one of 36 distinct heroes. Take them into battle across 23 futuristic maps inspired by real-world locations, and master six unique game modes.

A mobile phone number must be linked to your Battle.net Account to play Overwatch. 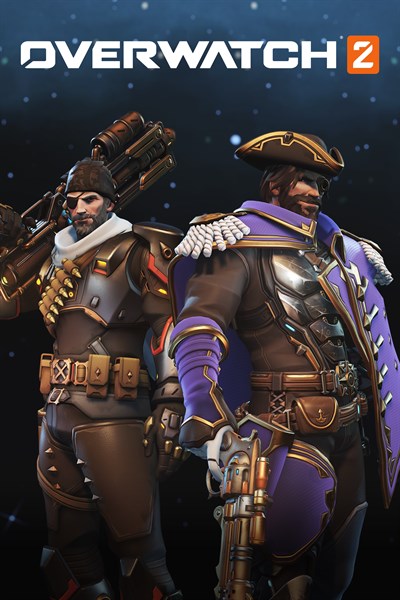 Get a head start with the Overwatch® 2: Watchpoint Pack, the home base of your new gameplay experience. The pack features everything you need to get started on Day 1!

*Items will be awarded to players that have purchased Overwatch® 2 Watchpoint Pack when Overwatch® 2 launches, actual date subject to change.
**Season One Battle Pass applies to Season One only and will not award access to any future Battle Pass or seasonal/live content. Season One will launch alongside Overwatch® 2 in October 2022.
For more information, please visit https://playoverwatch.com.

A mobile phone number must be linked to your Battle.net Account to play Overwatch.