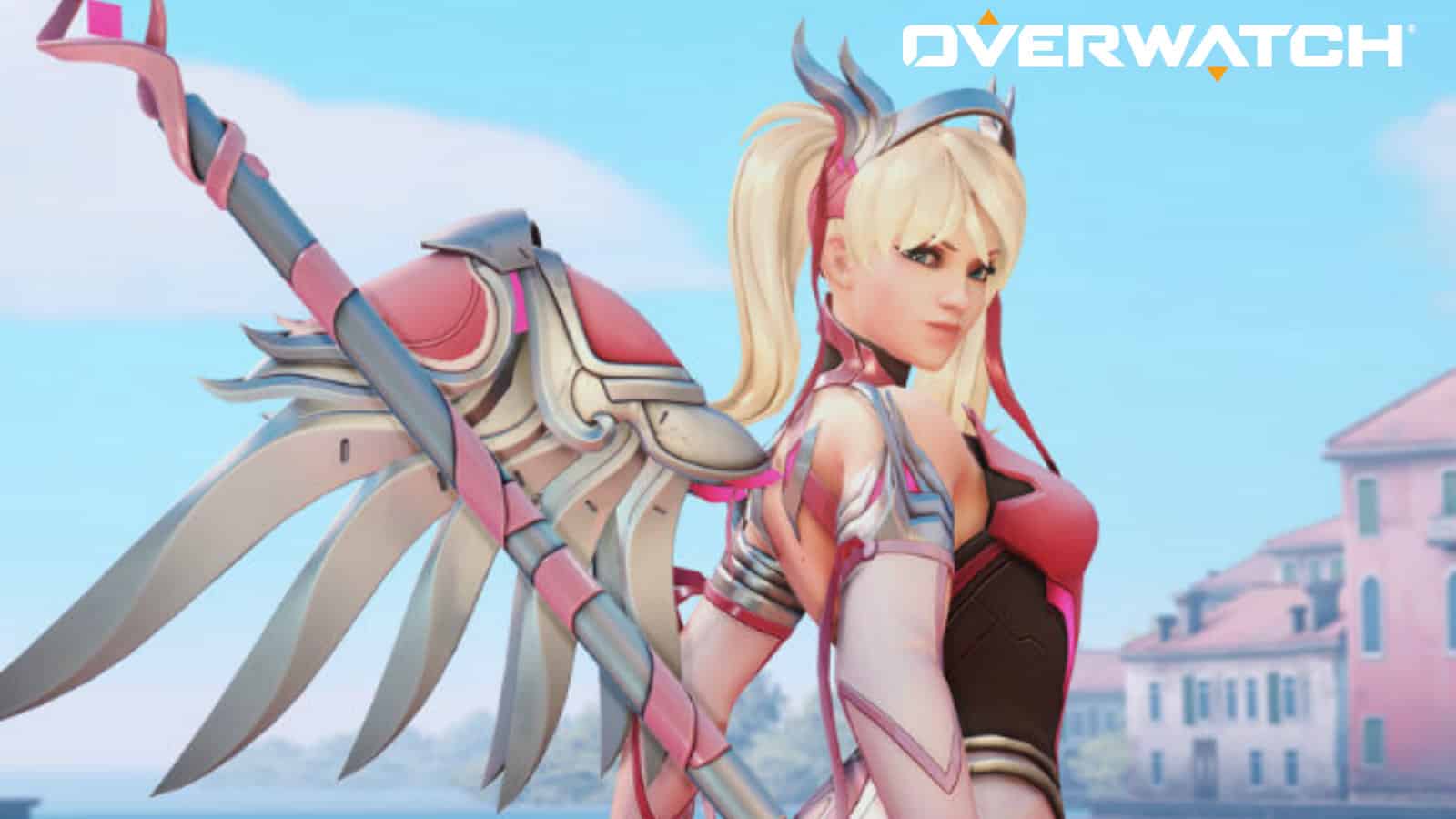 One of Overwatch’s most sought-after skins won’t be making a return to the game despite the new Anniversary Remix events reintroducing old classics.

Pink Mercy was a special limited-time skin that players could only acquire through a $15 donation to the Breast Cancer Research Foundation.

The skin was only available from May 8-21 of 2018, and players have been unable to get their hands on it since, despite it being one of the most popular ever designed.

Now, with Overwatch bringing back fan-favorite skins with a twist through the Anniversary Remix events, fans hoped there was a chance Pink Mercy would return. Sadly, their hopes were quickly dashed.

Pink Mercy is one of the rarest Overwatch skins.

Overwatch has no plans to resurrect Pink Mercy skin

Soon after the Anniversary Remix events were announced, fans began inquiring on the official Blizzard forums about the possibility of Pink Mercy returning.

“We have no plans to bring back the Pink Mercy skin or icons,” Community Manager Andy B replied in a thread.

This didn’t thrill players who missed out on the skin years prior, prompting discussions on Reddit where Overwatch fans voiced their frustration.

“Why not though?” one asked. “Breast cancer isn’t over. Just let us buy the skin and donate the money. There’s literally no downside.”

“I was literally poor when Pink Mercy was available. I actually had to weigh the value of Mercy vs groceries. This is so annoying,” another grumbled.

Despite the negativity, some who own the skin were pleased to see that their prized piece of Overwatch history would continue to be a rare sight. However, that didn’t stop them from hoping Blizzard would do more exclusive charity skins in the future.

“Doctors Without Borders Baptiste skin would be a nice follow-up charity drive,” suggested one user in the top-voted comment on Reddit.

Players are interested in a Doctors Without Borders Baptiste skin.

While the skin may not be returning soon, it should be noted that Andy didn’t say it wouldn’t “ever” return, so there is a possibility that players can nab it once again.

Those who do own it, however, will be happy to know that it, along with other skins, will cross over into Overwatch 2, so they can keep rocking it once the sequel releases, beginning with the beta on April 26.