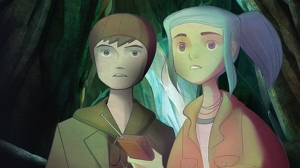 The wonderfully creepy narrative adventure Oxenfree is getting a sequel, developer Night School Studio has announced.

Oxenfree 2: Lost Signals was announced during this evening's Nintendo Indie Direct, and it'll launch for Switch in 2021 (and presumably other platforms too).

Oxenfree 2's announcement comes a welcome surprise – it's been five years since the original Oxenfree launched and its developer has since been busy with other projects, such as its drunk-in-hell adventure Afterparty and a Mr Robot spin-off.