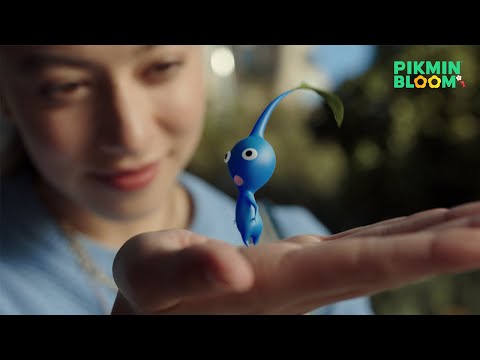 Pikmin Bloom is the next mobile game coming from a collaboration between Nintendo and Niantic, the latter of which is best known for creating augmented reality games such as Pokemon GO and Ingress. The game was briefly teased back in March, and now we have a full reveal and release information.

The premise of Pikmin Bloom is to make walking more fun with the help of the little plant-like creatures from the Pikmin series. You’ll be able to grow, pluck, and gain friendship with Pikmin friends during your day when walking.

By feeding your Pikmin nectar, you’ll be able to plant flowers along paths on your map, which is set to your actual location just like in Niantic’s other mobile games. Other players will be able to see the flowers you’ve planted in Pikmin Bloom and vice versa, so it won’t be long until a full garden has bloomed.

You’ll also be able to take photos of the places you discovered featuring the Pikmin friends using augmented reality in order to create lasting memories.

At the end of a long day, you can look back at the paths you walked and save your favorite pictures. While at home, you can send Pikmin out on expeditions to pick up fruit and seedlings. There will even be real-world places on your map covered in clouds that you may not have explored yet, encouraging you to visit new areas.

Pikmin Bloom will begin rolling out on iOS and Android mobile devices beginning today and will fully launch worldwide over the next few days.

You can watch the announcement trailer that features John Hanke, Niantic Founder and CEO, as well as Shigeru Miyamoto, the Representative Director of Pikmin Bloom, below. You can also learn more about Pikmin Bloom and stay up to date on its release by visiting its official website or Twitter account.

Be sure to stay up to date with the latest news about Pikmin, Nintendo, and more by visiting Twinfinite.