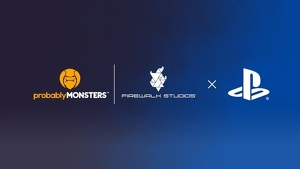 Regrettably, that’s pretty it much as far as specifics on the project go right now, but Firewalk – which was founded in 2018 – is a team with a strong background in multiplayer games, which might just help nudge anticipation up an extra notch for its debut title.

Ryan Ellis, game director on Firewalk’s new project, previously served as creative director on Destiny; studio head Tony Hsu was formerly general manager and senior vice president of Destiny at Activision; executive producer Elena Siegman has worked with Bungie, Irrational Games, and Harmonix, and other team members have the likes of Mass Effect and Apex Legends on their CVs. It’s a group that’s “no stranger to building memorable multiplayer experiences”, according to Hsu in a post on the PlayStation Blog.