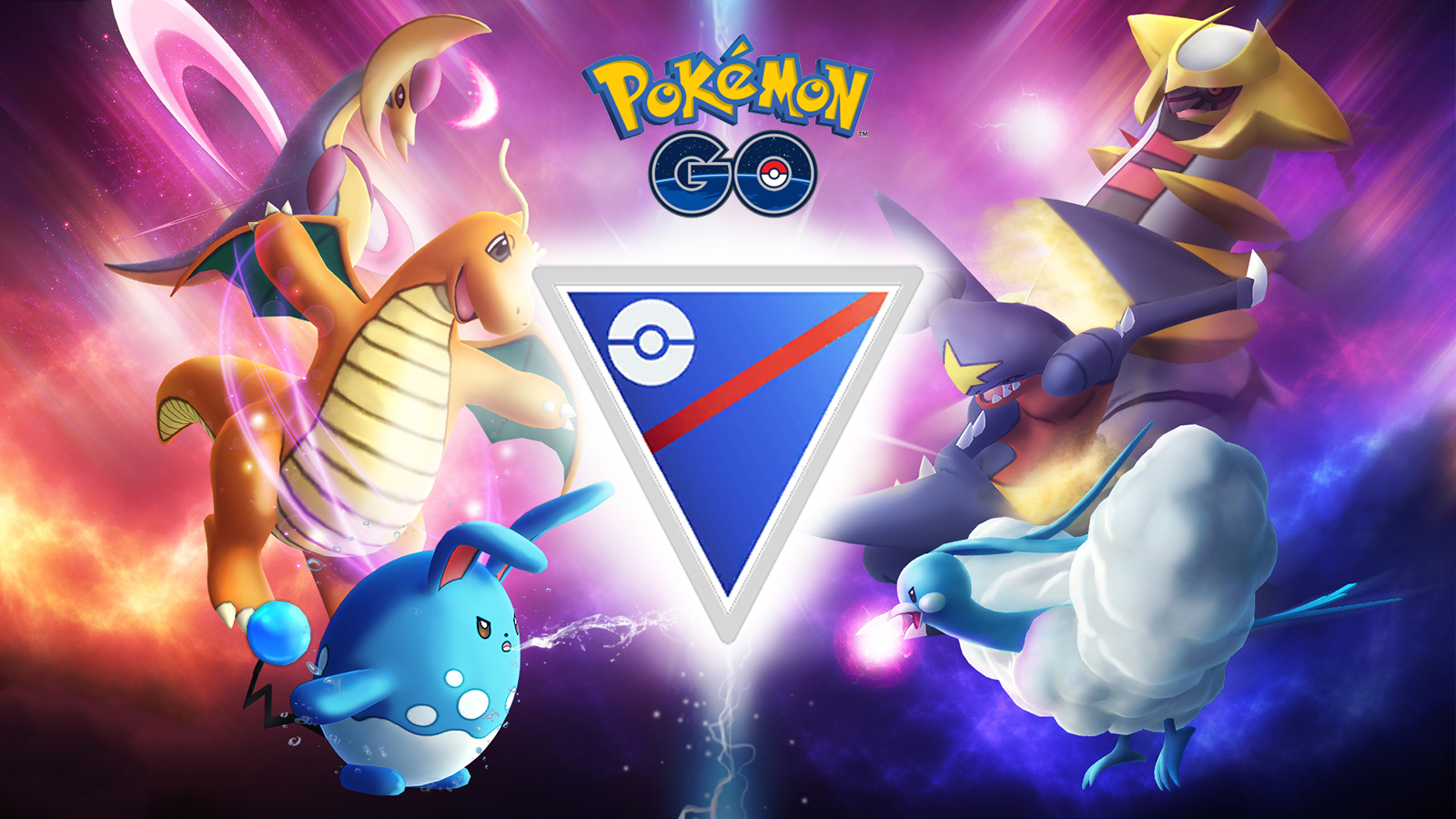 Mastering the Great League in Pokemon Go’s Battle League is harder than you might think, but a team comprising of these Pokemon should take you straight to victory.

The Go Battle League is Pokemon Go’s PvP mode that allows players to compete with Trainers all around the world. Through the course of a season, players can rise through the ranks and earn some sweet rewards along the way.

It’s not as simple as taking your most powerful Pokemon into each battle, though. There are three main leagues to compete in – Great League, Ultra League, and Master League – and each one has its own rules and optimal teams.

The Great League differs from the Ultra League and Master League because of one simple rule: Only Pokemon lower than 1500 CP can enter, which rules out many of the most powerful Pokemon from the competition.

So let’s take a look at the best Pokemon to take into the Great League. This is typically the first league of each season, and it usually appears again later down the line, so there are plenty of chances to take part.

One of the most common teams Trainers use in the Great League is Azumarill, Galarian Stunfisk, and Walrein, as these are three of the strongest fighters and will offer good coverage against most of the major Great League opponents.

It’s hard to say what a definitive ‘best’ team for the Great League looks like, though, as you’ll never know what types you’ll be up against. For example, a strong Azumarill can make light work of Bastiodon, but it will likely fall down against Venusaur.

Despite this, there are some Pokemon that are solid options in almost any situation. Choose a few different types from our recommendations below for optimal coverage, and you should be on your way to victory.

Galarian Stunfisk has an incredible amount of type resistances.

Galarian Stunfisk is quite a difficult Pokemon to get hold of in Go, but if you’re able to get your hands on this regional variant and power it up enough, it is without a doubt one of the best options for the Great League.

A unique Ground/Steel-typing means it’s resistant to most major Great League types, and is particularly good at taking down Fairy-types. With Mud Shot as a Fast Move alongside Rock Slide and Earthquake as Charged Moves, Galarian Stunfisk is a winner.

Azumarill is an unexpected big-hitter.

It’s fair to say the dual Water/Fairy-type Azumarill is probably a Pokemon you wouldn’t expect to see first on this list. However, its great bulk and diverse moveset make it arguably the best option for the Great League.

Azumarill’s best Fast Move is Bubble. As for Charged Moves, Hydro Pump hits hardest while Ice Beam will help negate its weakness against Grass. Azumarill can be quite costly to power up, but it’s worth it.

Trevenant is already making waves across the Go Battle League.

It’s not often that a new Pokemon has a significant impact on the Go Battle League, but Trevenant’s arrival during the 2021 Halloween event really shook things up. It’s now one of the top competitors in the Great League and the Ultra League.

Shadow Claw is one of the best Fast Moves in the game, so make sure you have it. As for Charged Moves, Seed Bomb is perfect for taking out shields while Shadow Ball is a devastating finisher. This entire moveset benefits from STAB, too.

The Steel-type Legendary titan Registeel is an interesting choice for PvP. Its incredible Defense stat makes it very durable, and its type means it has an insane amount of resistances, so it can take plenty of hits.

Registeel should have Lock-On as its Fast Move, as it has a very high Energy-per-Second (EPS) of 16.67 which is required to break out its powerful (and expensive) Charged Moves: Focus Blast and Zap Cannon.

Walrein now has the moves it needs to be a standout.

The latest addition to this list is Walrein, which may come as a surprise to some Trainers – but following the arrival of Community Day-exclusive moves Powder Snow and Icicle Spear, it’s a massive threat in the Great League.

You’ll need these two moves to stand a chance with Walrein, though, as Powder Snow finally gives it a Fast Move that can generate energy quick enough, while Icicle Spear is a low-cost Charged Move that benefits from STAB.

Venusaur is the best Grass-type for Great League.

If you have a Venusaur still under 1500 CP, then it’s a superb tank for the Great League. Weaknesses to Flying and Psychic-types can be dangerous, but it’s a great counter against the likes of Azumarill and Swampert.

Vine Whip is the best Fast Move here. Combined with Venusaur’s Community Day move Frenzy Plant, it easily becomes the best Grass-type in the Great League. If you don’t have that, Sludge Bomb and Solar Beam are still decent Charged Moves.

Bastiodon is a strong wall.

Even when compared to Legendaries and other powerful Pokemon, Bastiodon still has some of the best Defense stats in Pokemon Go. Its attacks pale in comparison, but it still has a place in the Great League.

Smack Down as a Fast Move hits hard, while Stone Edge is a powerful Rock-type Charged Move that takes advantage of same type attack bonus (STAB), and Flamethrower can be used against other Steel-types.

Skarmory is a Pokemon you’ll be seeing a lot of in Great League. It’s fairly well-rounded and its typing makes it resistant to several others. Its only real weaknesses are Electric, Fire and other Steel-types.

Air Slash is Skarmory’s preferred Fast Move, as it has better energy generation and is effective against more types. Sky Attack and Flash Cannon are clearly its best Charged Moves, as Brave Bird isn’t that great.

Altaria is hard to take down.

It takes 400 Candy to evolve Swablu into Altaria, but it’s definitely worth the effort, as it’s got bulk and impressive damage capability. Altaria’s only major flaw here is its double weakness to Ice-type attacks.

Dragon Breath is one of the best Fast Moves in Pokemon Go, so definitely use that. As for Charged Moves, Sky Attack is relatively quick to generate and does decent damage, while Dragon Pulse benefits from STAB.

Umbreon is the best eeveelution for the Great League.

Umbreon doesn’t have a great selection of moves, and it has fewer resistances than other Great League recommendations, but it does make up for that with a very high Defense stat and a solid Stamina stat.

Snarl has quicker energy generation than Feint, so we’d recommend using that Fast Move. Umbreon’s best Charged Move is the Community Day special Last Resort, but if you don’t have that, both Foul Play and Dark Pulse are decent – and they have STAB.

Swampert is great for taking down Steel-types.

Swampert is a well-rounded Water/Ground-type, meaning it only has one weakness and is a great counter for the Fire and Steel-types that dominate the Great League. It is doubly weak to Grass, though, which can be dangerous.

Mud Shot is the best Fast Move here, but where Swampert really excels is when it has access to Hydro Cannon, a deadly Community Day Charged Move that can quickly be charged and spammed. Earthquake is a good second choice for massive damage.

Deoxys (Defense Forme) is incredibly hard to get.

The chances of you having the Mythical Deoxys (Defense) are slim, as it wasn’t available in the game for very long at all and can’t be traded. Still, it’s worth mentioning, as it has incredible bulk and isn’t weak to many of the major Great League players.

A combination of the Fast Move Counter (Fighting) and the Charged Moves Pyscho Boost (Psychic) and Rock Slide (Rock) gives Deoxys great coverage, meaning it’s capable of taking on the most popular types in the Great League.

Jellicent is a threat to some of the biggest Great League competitors.

One of Jellicent’s biggest advantages here is its ability to take down some of the biggest players in the Great League including Galarian Stunfisk and Azumarill. With good bulk and resistances, it can hold its own against most other Pokemon you’ll face, too.

Choose Hex as your Fast Move, as it has good energy gain. When it comes to Charged Moves, Bubble Beam is a low-cost choice to wear down shields, while Shadow Ball deals massive STAB damage for the ultimate takedown.

Whiscash has quick access to Charged Moves and only one weakness.

Whiscash is a really solid choice for the Great League, as it’s resistant to common types including Steel, Fire, and Rock, and only has one weakness: Grass. As a result, it can take down big players like Galarian Stunfisk, Altaria, and Bastiodon.

Mud Shot has incredible energy generation, so you’ll want that as your Fast Move. This will then give you access to two great Charged Moves: Mud Bomb, which is cheap and can be spammed, and Blizzard, which deals huge damage.

Machamp is a classic that’s still worth your attention.

It’s definitely not the best Pokemon for the Great League, especially since new generations have been added to the game, but there’s still a place for Machamp on your team, and it’s a lot easier to get than others on this list.

With Counter as its Fast Move, and Dynamic Punch and Close Combat as its Charged Moves, a powered-up Machamp is a perfect choice to take down Steel-types like Registeel. Be particularly wary of its weakness to Fairy and Flying-types, though.

Like Machamp, Wigglytuff has been edged out of the top tier of the Great League by more recent additions to the Pokedex. However, it’s a more commonly available choice with great bulk that you can rely on when powered up to the 1500 CP cap.

As a pure Fairy-type, Wigglytuff is a well-known Dragon destroyer. A combination of the Fast Move Charm and the Charged Move Play Rough will capitalize on this, while the strong Normal-type Charged Move Hyper Beam increases coverage a little.

Choose a varied selection of the above Pokemon, making sure you have good coverage against all types, and you’ll have a solid advantage in Go’s Great League, helping you to work your way through the Battle League ranks.