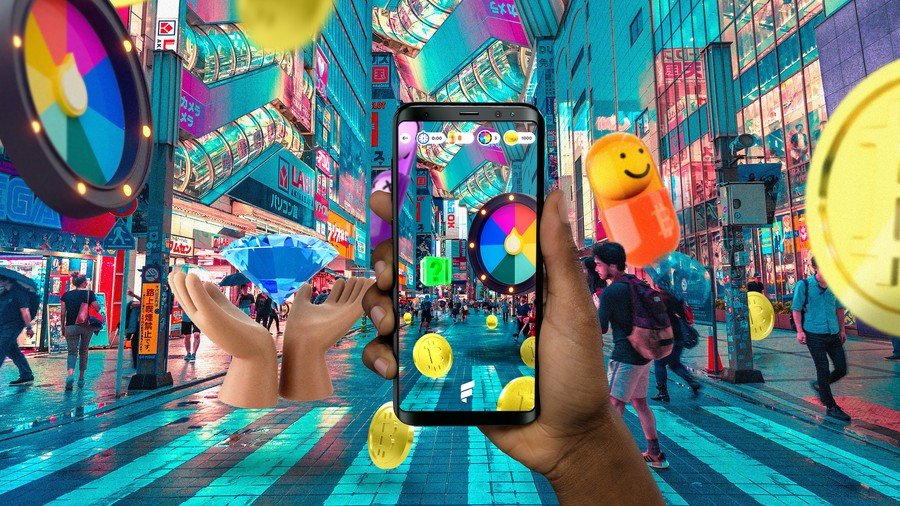 Niantic, the studio being the smartphone hit Pokémon GO, has lent its AR platform to payments company Fold to create a new kind of ‘catch ’em all’ adventure – but this time, players are hunting for the cryptocurrency Bitcoin rather than monsters.

Payments company Fold has leveraged Niantic’s AR platform to create an in-app experience where users can earn Bitcoin by exploring a virtual environment based on their immediate surroundings, described by the firm as a “real-world metaverse”.

Users will be able to discover and collect Bitcoin and other prizes around them using the app. Every 10 minutes, a new block containing a fresh prize is dropped in the vicinity of a player. By claiming the block, the user earns ‘Satoshis’, the smallest unit of Bitcoin, alongside other rewards. However, if you collect a ‘s**tcoins’ or ‘Poison Pills’, you could end up losing all of the Bitcoin you’ve collected.

Here’s how Fold describes the experience on its blog – it’s even cheeky enough to use a gif of Mario collecting coins in Super Mario World:

The AR experience acts as a natural extension of the Fold App which already gives you the ability to earn bitcoin going about your daily life: buying coffee, going shopping, paying bills, and even paying your taxes. While the experience is open to anyone, Fold Cardholders can collect extra spins and rewards boosts to increase their rewards on the Fold Card.

The complete experience will drop next year and will enable individuals to find, trade, and hide bitcoin and other rewards throughout the world IRL, and will also give merchants the ability to engage the community with incentives and offers. It all started with someone saying ‘let’s make PokemonGo but for bitcoin’ and ended with ‘let’s build a new way to exchange and share bitcoin with others.’

Fold CEO Will Reeves also had this to say:

This is the easiest, most fun way to get your first piece of Bitcoin. Anyone can use our [Fold] app to earn Bitcoin and other rewards by exploring the world around them. For us, it’s always been important to make participating in the Bitcoin economy easy for anyone, regardless of education or technical expertise.

What do you make of this venture? Let us know with a comment.