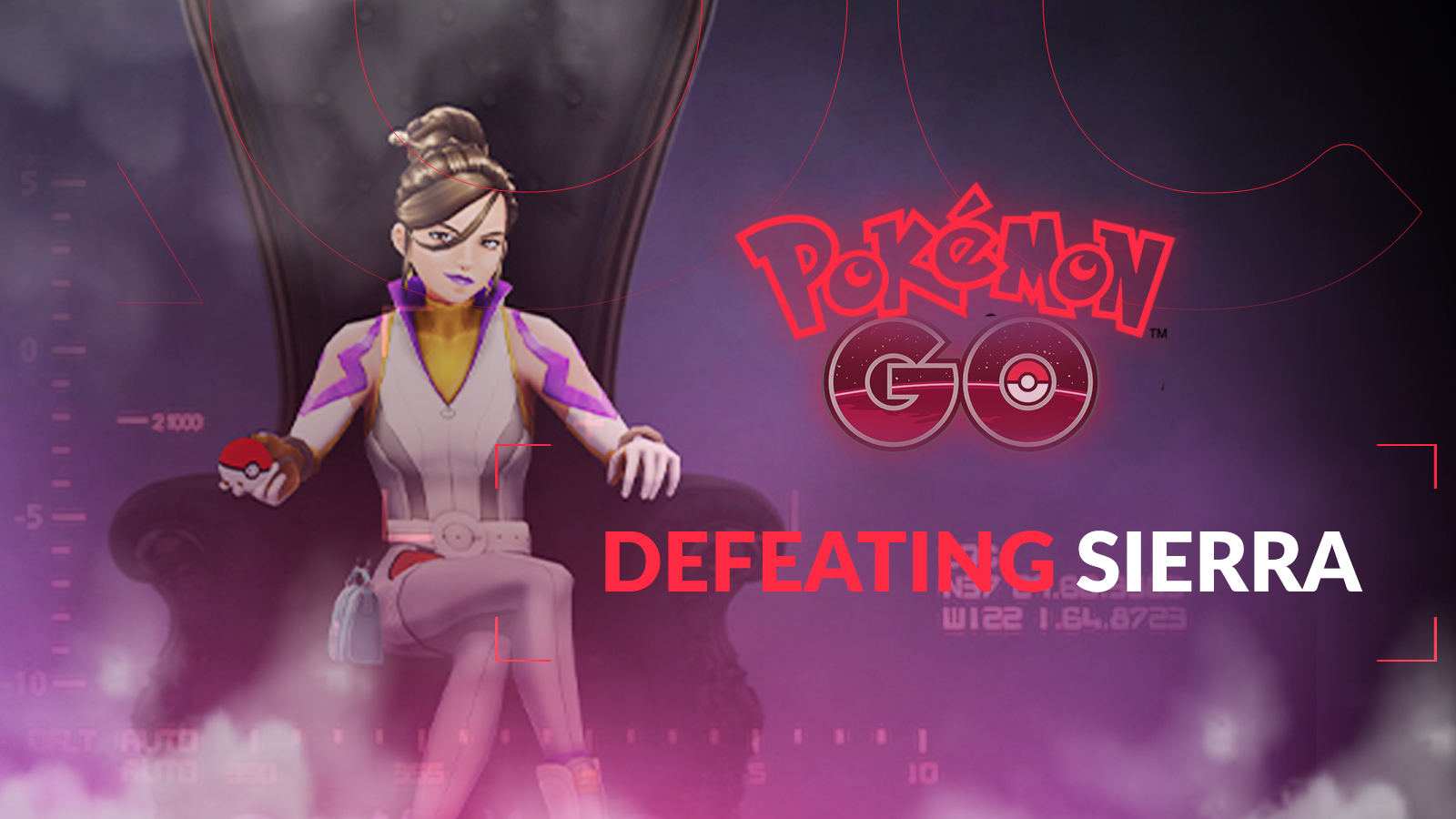 Beating Team Go Rocket Leader Sierra in Pokemon Go will take skill, so we’ve put together the best counters and weakness tips to lead you straight to victory against the likes of Poliwag, Exeggutor, and Houndoom in April 2022.

In Pokemon Go, Trainers can collect Mysterious Components by defeating Team Go Rocket Grunts at invaded Pokestops within the game. Once you have six of them, you’ll be able to form a Rocket Radar, which then leads you straight to the Team Go Rocket Leaders.

Unlike the Grunts, who can be taken down fairly easily, trainers will have a difficult fight ahead of them when it comes to Team Go Rocket’s Leaders. There are four in total: Cliff, Arlo, Giovanni, and Sierra, and all of them have unique ‘mon to battle with.

This guide will focus on taking down Sierra, including her current lineup in April 2022 and the best counters to defeat her in no time at all.

Cliff, Sierra, and Arlo make up the Team Go Rocket Leaders alongside Giovanni.

Sierra has always been a difficult opponent to take down in Pokemon Go, and that’s no different in April 2022, where her lineup currently remains the same for the Season of Alola after it was previously changed during the Power Plant event.

Make sure to check back on April 3, though, as with an upcoming Team Go Rocket event on the way, it could mean that these lineups change.

At the start of every match, Sierra will always send out Poliwag. While Sierra’s lineup changes over time, these are the Pokemon she can use in April:

How to beat Sierra in Pokemon Go

To defeat Sierra in Pokemon Go, you’ll need to utilize a variety of different types to counter her. We’ve featured a mix of stronger Legendaries and more common alternatives, so there should be something here to meet every Trainer’s needs, and all of them are solid choices.

Let’s take a look at the weaknesses of all the different Pokemon that Sierra could choose to send out during your battle, and which counters should be used to beat her.

Sierra will always start with Poliwag for her first Phase.

Poliwag is a Water-type Pokemon, which means it’s vulnerable to Electric and Grass-type Pokemon.

Sierra’s Phase 2 will be Sharpedo, Lapras, or Exeggutor.

Lapras is a dual Water/Ice-type Pokemon, so it’s weak to Electric, Fighting, Grass, and Rock-type moves and resistant to Ice and Water-type attacks.

Houndoom is a dual Dark/Fire-type, which means it’s weak against Fighting, Ground, Rock, and Water-type Pokemon.

Swampert is a dual Water/Ground-type Pokemon, which means its only weakness is Grass-type attacks.

Taking these three Pokemon ensures you can take down all of Sierra’s lineups with ease.

One of the best teams to defeat Sierra in Pokemon Go would be Lucario, Roserade, and Darmanitan.

Lucario’s Fighting-type attacks will help you to easily defeat Lapras, Houndoom, and Shiftry by exploiting their weaknesses. Bringing along Roserade with a Grass-type moveset will give you a great chance to succeed against Poliwag, Sharpedo, and Swampert.

Finally, make sure you take a Fire-type like Darmanitan into battle, as you’ll be able to use Fire Fang (Fast Move) and Overheat (Charge Move) to bring down Exeggutor (or Shiftry, if need be).

Keep in mind, Team Go Rocket Leader Sierra is a difficult battle for almost any trainer, but if you take advantage of each Pokemon’s weaknesses with the counters we’ve listed above, you should be able to defeat her eventually.

How to beat Team Leaders in Pokemon Go

As well as Sierra, you’ll need to go head to head with the other Team Go Rocket Leaders, so check out our guides to beat Arlo, defeat Cliff, and finally, take down Giovanni.

So, there you have it. All you need to know about beating Leader Sierra in Pokemon Go in April 2022, and the best counters you need to use.

For all of the best tips and tricks to become the very best, make sure to check out our other guides: