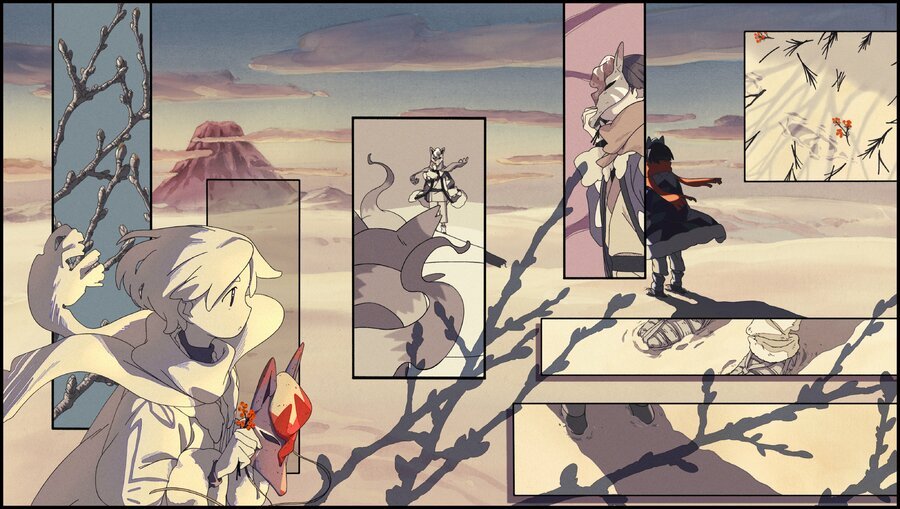 The Pokemon Company has announced an air date for their upcoming anime web series based on the recent game Pokemon Legends: Arceus. Originally announced as part of the company’s Pokémon Day celebrations, the series will be airing on Pokémon TV and the Official Pokémon YouTube channel.

You’d be forgiven if many of the most recent Pokémon Presents announcements slipped right by you after The Pokémon Company capped off its showcase with the reveal of Pokémon Scarlet and Violet. But today, the official Pokémon Twitter reminded us that the show is coming, and it’ll be here on 18th May. Not a very wintery time of year here in the UK, mind you, but we’ll always take some new Pokémon content.

The new promotional art looks like the paces of a gorgeous manga-esque style book, with panels and muted colours. It’s lovely and is absolutely in keeping with Legends: Arceus’ visual inspirations. The web series will be called Pokémon: Hisuian Snow and will air at 1pm UTC (thanks, Serebii!).

The animation is being created in collaboration with Wit Studio, who gained notoriety after working on the first three seasons of Attack on Titan. It has worked with Nintendo and The Pokémon Company in the past too, producing the Star Fox Zero short Star Fox Zero: The Battle Begins as well as working on the 2018 Pokémon movie The Power of Us.

The show will feature an original storyline set in the ancient lands of Hisui and will star a boy named Alec and his new companion Hisuian Zorua. It looks to focus on one of the game’s main themes — that Pokémon and people can indeed live in harmony together.

We’ve grabbed the show’s summary from the official Pokémon website:

Get ready for a new adventure set in the vast, stunning Hisui region. Produced by WIT STUDIO, Pokémon: Hisuian Snow launches May 18 with the first episode in a three-part limited animated series. Available on Pokémon TV and the official Pokémon YouTube channel, Pokémon: Hisuian Snow tells the story of a boy named Alec and his encounter with a Hisuian Zorua. When he was younger, Alec’s father taught him that people and Pokémon cannot live together. But Alec’s interactions with the Zorua might offer a different lesson.

Here’s who is currently confirmed to be working on the show, including the Japanese voice actors:

We’ll be checking this out come 18th May. Will you join us on Pokémon TV or The Pokémon YouTube channel? Let us know.