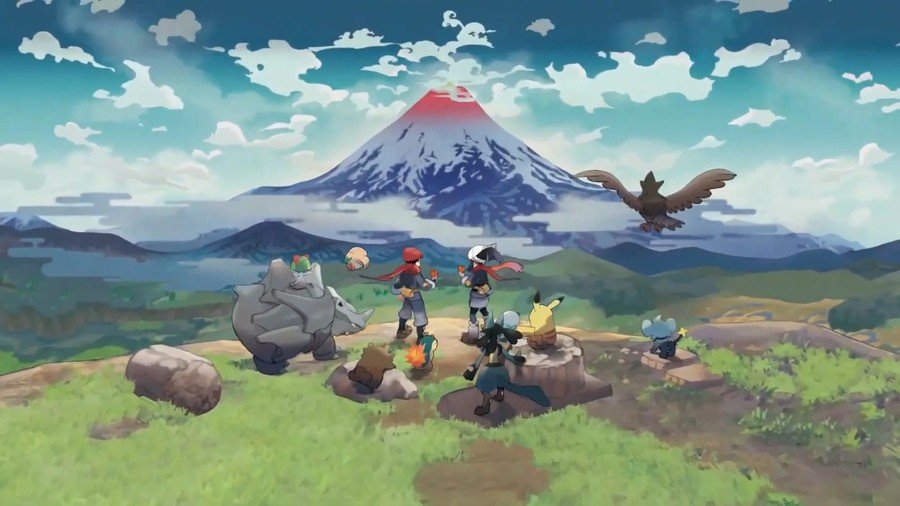 When Pokémon Legends: Arceus was originally revealed it was described and compared quite a lot to open-world games such as The Legend of Zelda: Breath of the Wild. While PR and early footage of the game certainly gave the impression of an open-world environment that you’d be able to walk from one location to the next, it seems this won’t entirely be the case.

The Pokémon Company has shared a statement in response to a story on Kotaku, which seems to clarify how it will be more like series such as Monster Hunter – with segmented areas. While it didn’t specifically reference that game, it explains how you as the trainer will set out from the village to “various open areas” of the Hisui region to complete tasks. Here’s the statement:

“In Pokémon Legends: Arceus, Jubilife Village will serve as the base for surveying missions. After receiving an assignment or a request and preparing for their next excursion, players will set out from the village to study one of the various open areas of the Hisui region. After they finish the survey work, players will need to return once more to prepare for their next task. We look forward to sharing more information about exploring the Hisui region soon.”

So, there you go – it’s not the kind of open-world title some might have been thinking of, or drawing comparisons to. This new entry in the series will arrive on Switch on 28th January next year. Most recently, we got a look at the new evolution of Scyther.

How do you feel about the design of this upcoming release being “open-areas”? Leave your thoughts down below.