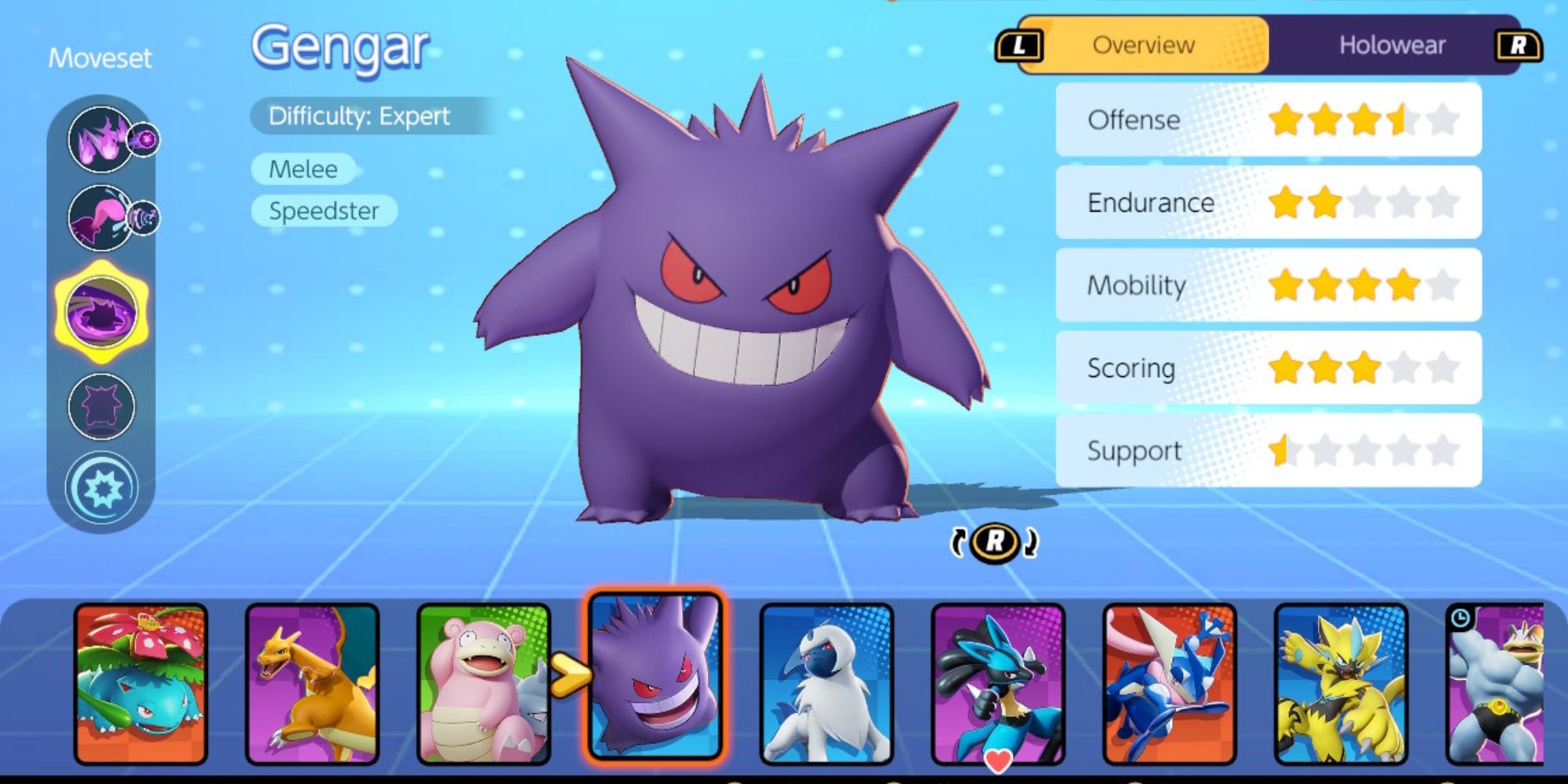 Pokemon Unite players have quickly discovered making the right moves with Gastly turns it into an almost unbeatable Gengar.

Pokemon Unite finally arrived on Nintendo Switch last week and fans of the Pokemon franchise have been getting to grips with an all-new take on its games. Pokemon's first foray into the MOBA world, and a way of attracting an entirely new type of gamer. Unite requires you to be far more tactically minded than mainline Pokemon games. Unless you are one of the players we have come across that has no interest in teamwork. We know you're out there.

If you have put the hours in and discovered Gastly's strengths, then you might have a completely different reason for not needing to stick with your teammates. It has taken a few days, but Unite players are quickly discovering which of the game's Pokemon aren't worth your time, and which ones are perhaps a little overpowered.

Gastly falls into that latter category. Well, actually Gengar does. If you know what you're doing in Unite, then you'll know how to farm levels early on in a match and get your Pokemon fully evolved as soon as possible. On the way to becoming Gengar, Gastly evolves into Haunter and has the ability to learn Sludge Bomb and then Hex.

Already-hardened players have discovered that move set makes for quite the potent combination. Sludge Bomb can be used to damage a number of enemy Pokemon at the same time, poisoning them in the process. Hex can then be used to teleport, again dealing heavy damage to multiple Pokemon at the same time. Hex's short cooldown period also means it can be used a lot in a short period.

Long story short, if you get hit with Sludge Bomb and Hex in quick succession, it's probably game over. Well, not game over, your Pokemon will faint and you'll return to home base. Gengar may well receive a nerf in the future, but for now, the best course of action when faced with one is to avoid traversing Unite's map in groups. Unavoidable at times, but if you are and Gengar finds you, you had better scatter sharpish.

NEXT: The Repeated Repackaging Of The Original Sonic Series Proves They're The Ultimate Comfort Games