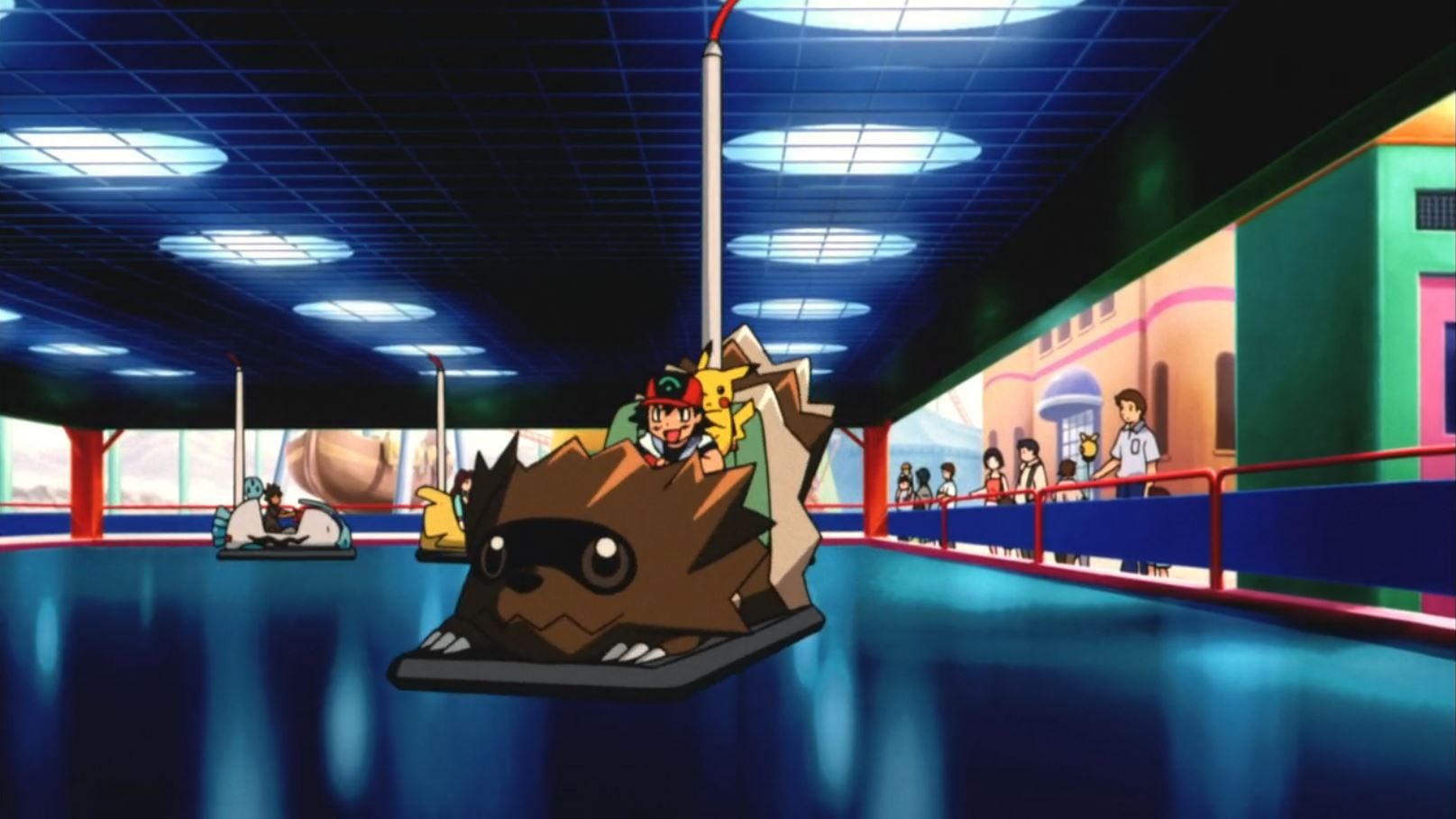 Welcome back to Pokemon Movies in Review, a weekly recap of the entire Pokemon cinematic universe. This week we’re revisiting Pokemon: Jirachi – Wish Maker, the sixth film in the series and the first direct-to-video Pokemon movie in the US. Wish Maker in a Gen 3 movie that draws heavily from Ruby & Sapphire lore – if you ask me, this is where storytelling peaked in the mainline Pokemon series. The film draws a lot of inspiration from Spielberg – particularly from E.T. – and while the formula serves the story for the most part, it fails to capture the aspects of Gen 3 that made the games so compelling. It would be the first truly forgettable film in the series if not for one thing: a harrowing, extended Pokemon torture scene that I’ll never erase from my brain no matter how hard I try.

Wish Maker is the first movie to take place during the Advanced Generation, meaning Ash is still traveling with Brock but is now accompanied by May and Max instead of Misty. The story centers around the Millennium Comet, which soars across the sky for just seven nights once every 1,000 years. Ash and his friends arrive at a festival to celebrate the Millennium Comet and spend the first night riding roller coasters, playing carnival games, and enjoying the festivities. Like all things in the world of Pokemon, the rides and attractions are all Pokemon-themed, which really sparked my imagination. As a Disneyland season pass holder six years running, the idea of a full-blown Pokemon theme park gave me chills.

Related: Pokemon 4Ever’s Time Loop Changed Everything We Know About The Anime

At night, the kids attend a Pokemon magic show. The magician’s name is the Great Butler, and with the help of his assistant Diane, he transforms a Kirlia into a strange stone. Max can hear a voice coming from the stone, telling him that it wishes they were together. Later, Butler reveals to the kids that the stone contains a Mythical Pokemon named Jirachi who only appears during the Millennium Comet festival – and only when it finds a friend. Butler gives the stone to Max, hoping he is the friend Jirachi is looking for.

Jirachi does hatch from the stone, and, as expected, the playful Pokemon quickly becomes fast friends with Max. This was all part of Butler’s plan, which is revealed when he later kidnaps Jirachi and forces it to draw energy from the comet. Before becoming a magician, Butler was a scientist for Team Magma. He was working on a process to resurrect the Legendary Pokemon Groudon, but after a failed attempt, was fired from the organization. Butler later set out on his own to prove that his machine can resurrect Groudon if it has the right source of power. He discovers the Jirachi stone, and believing Jirachi would be strong enough to power his Groudon-resurrecting-machine, hatches a plan to… become a magician. I guess it did make it slightly easier to find the one kid who could make Jirachi hatch.

Ash and Max catch on to Butler’s plan and rescue Jirachi with the help of Diane, who is horrified by Butler’s scheme. The heroes return Jirachi to its home in Forina, but Butler springs a trap and captures Jirachi again. This time, he manages to harness the Pokemon’s power to resurrect Groudon, but unfortunately for everyone, this is a fake, monstrous version of Groudon that immediately starts absorbing Pokemon in the area and turning Forina into a wasteland. Butler has a change of heart when Diane gets absorbed into FrankenGroudon, and helps Ash “reverse the polarities” on his Jirachi battery to destroy the creature and save Forina.

And that’s the basic gist of Pokemon Wish Maker. It may have had a bigger impact had E.T. not already done literally the exact same thing, but the whole boy-meets-alien, boy-saves-alien-from-scientist, boy-takes-alien-home story was about 20 years too late. And while the inclusion of Pokemon does make it cooler, Max never rides a bike, there are no Reese’s Pieces, and Jirachi’s catchphrase is “Wish Wish”, which isn’t quite as catchy as “E.T. Phone Home.”

But really, the biggest problem with Wish Maker is that it fails to capture what makes Ruby & Sapphire so interesting. Here, Team Magma is a faceless organization that seeks to resurrect Groudon for some reason. We don’t get the slightest hint about their ecological motivations and Team Aqua isn’t even mentioned. Butler is motivated by the need to prove he isn’t a joke, and Groudon is simply a symbol of that. The plot ignores all of the intriguing themes about environmental preservation and expansionism that Gen 3 grappled with. Wish Maker uses one of the best Pokemon stories to retell an old Spielberg movie, and it feels like a missed opportunity.

Did I say that was the biggest problem? Just kidding, the biggest problem with this movie is the three (3) scenes where Butler tortures Jirachi by suspending it in a pain-inducing chamber while blasting it with Psychic attacks. He does this in order to force Jirachi to open the third eye on its belly and absorb the comet’s energy, and it’s clearly killing the Pokemon to resist. Jirachi’s whole body writhes in pain while it screams “NO! NO! NO!” over and over. At one point it meekly cries out “I don’t want to!” as its third eye slowly starts to open. Meanwhile, Butler stands calmly with a shit-eating grin on his face, instructing his Dusclops to hit Jirachi with more and more Psychic attacks until the Wish Pokemon eventually gives in. The scene is so grisly it would make Donald Rumsfeld blush if he wasn’t burning in hell right now. It’s without a doubt the most horrific scene in any Pokemon movie so far, and the sound of Jirachi’s helpless cries will be burned into my memory forever. There’s a clip below, but I’m warning you: you don’t want to watch it.

Besides that, it’s basically just E.T. Also, Ash rides on a Flygon, so that’s pretty cool.

Next: In Pokemon Heroes, Ash Smooches Latias And Becomes A Dad