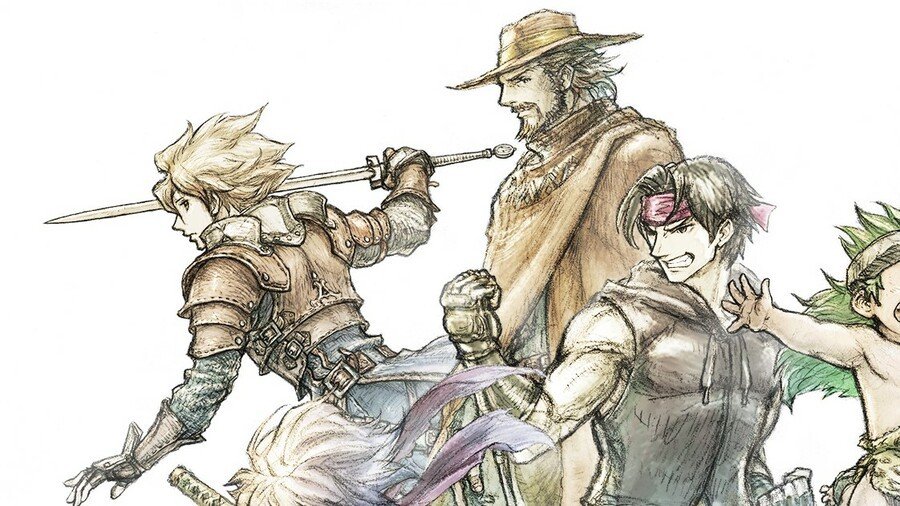 We’re big fans of noodly linguistic questions around these parts, and if they involve video games, all the better. Whether it’s Nintendo-related gaming vocab, Pokémon pronunciation, or finding out how you say the name of Link’s sentient sword, we’re always down a discussion when it comes to words.

A recent conundrum that’s had us scratching our heads and beginning sentenced with “oh, how do you say it — I never know which is the right way!” when discussing the game is Square Enix’s HD-2D Switch remake of the Super Famicom RPG Live A Live.

We’ve been fortunate enough to have spent a lot of time with it recently — and you can find out more about our thoughts on the game in our Live A Live hands-on preview (spoilers: we like it so far) — yet we’re still unsure how we should be saying the name of the game. All the years it was a Super Famicom exclusive, we could laugh off our ignorance, but now the game is officially coming to the West on 22nd July, it’s a more pressing pronunciation matter!

The people in Nintendo Treehouse video that followed the June Nintendo Direct Mini: Partner Showcase? They pronounced both Lives like ‘jive’, and bearing in mind the rigorous media training Nintendo employees go through to make sure they use the full and correct titles when discussing any of their games — which makes Nintendo Power Podcasts particularly fun when they discuss games like Cadence of Hyrule: Crypt of the Necrodancer Featuring The Legend of Zelda — we’d imagine that jiver-jive is the way we should be saying it, rather than giver-give, which we’ve been saying for a while.

But, as we well know, how companies say we should pronounce things and how most people actually say them can be two entirely different things. So, we put it to you, dear Nintendo Life readers: How do YOU say Live A Live?

Let us know in the poll below.