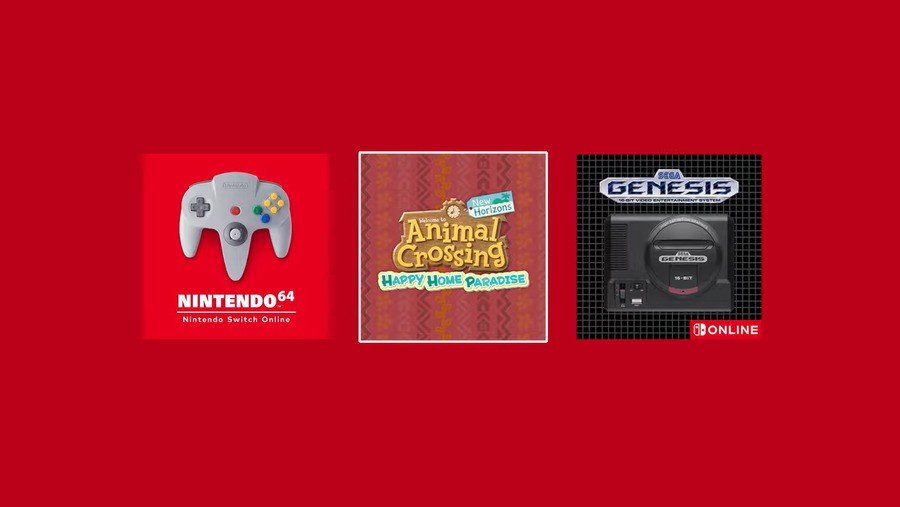 While the Animal Crossing Direct was 20+ minutes of cuteness and excitement for fans of Animal Crossing: New Horizons, it also served up a major update on the Nintendo Switch Online Expansion Pass. We have a release date and pricing, and a firm idea of the content it’ll offer at launch.

So, let’s summarise the key details:

25th/26th October, varies per timezone which suggests it’ll be evening of the 25th in North America and early hours of 26th in Europe.

Those upgrading from a current standard Nintendo Switch Online subscription get a “pro rated discount depending on the number of days remaining in your current membership”.

For reference, the Animal Crossing Happy Home Paradise DLC costs $24.99USD standalone, so for keen players of the game that arguably makes the Expansion Pack rather appealing when you add the N64 and Mega Drive / Genesis games into the mix. However, similar to services like PlayStation Plus, it seems you will lose access to the DLC if you end your subscription.

It’s also fair to say that for those only interesting in the retro game library who don’t play Animal Crossing: New Horizons or don’t want that DLC expansion, it may be a tougher sell at those prices. Perhaps Nintendo will bolster the offering over time with added incentives, but that remains to be seen.

In any case, that’s the breakdown, so what do you think? Is this a good deal, and will you be picking up the Nintendo Switch Online + Expansion Pack offering? Let us know in the polls and comments below.