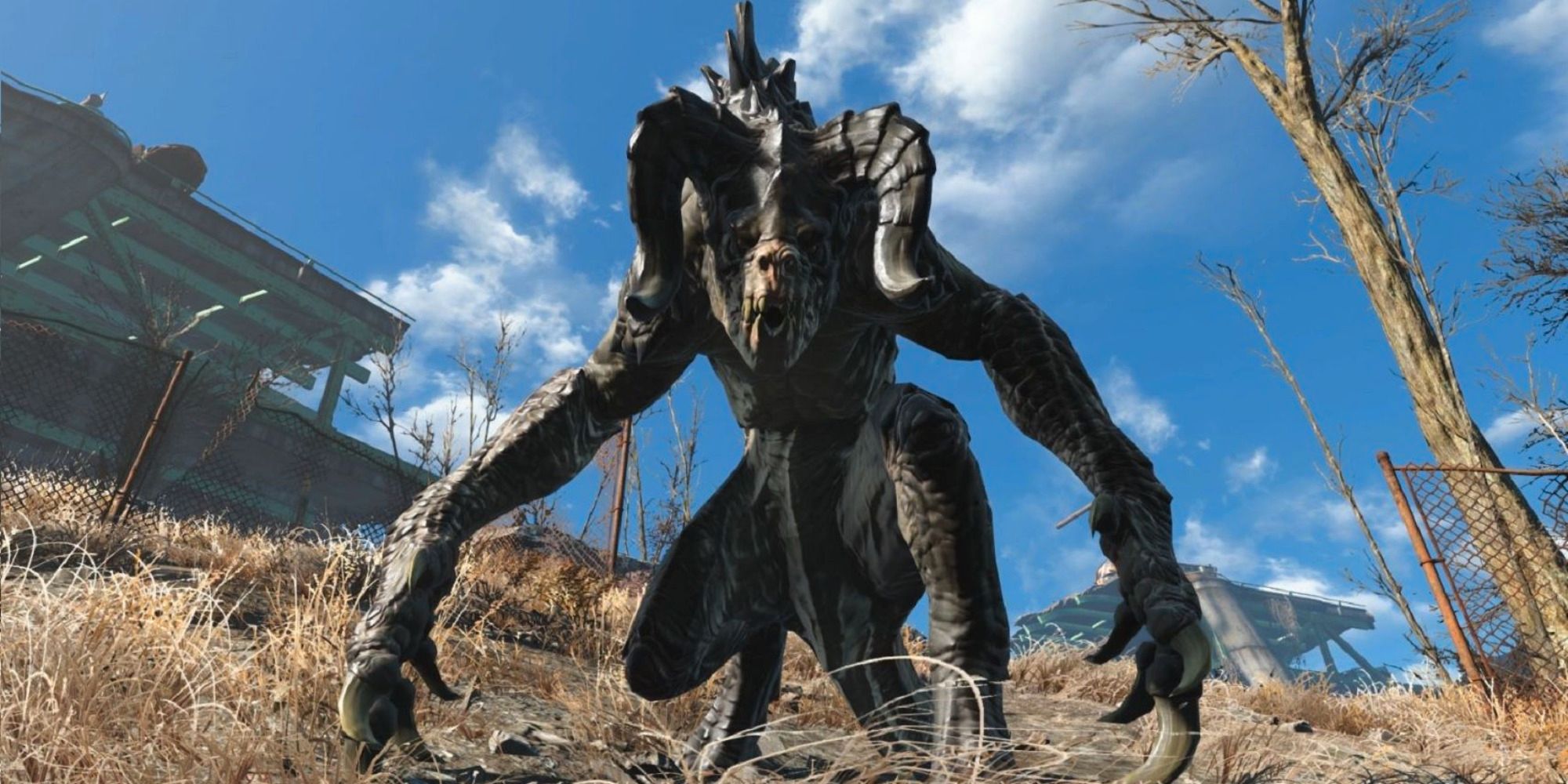 Knowing the many creatures that lurk in the wastes could make or break a playthrough, seasoned or not. While there are several, these ones stand out as staples in the franchise. Yet, you may have found yourself wondering how they got here?

RELATED:Every Fallout 76 Vault And Its Lore

You may have thought that all creatures in the wastes were birthed by the nuclear fallout left by the Great War. However, that’s simply not true, and some are even more intriguing and sinister. Whether it be the monstrous Deathclaw or the annoying bloatfly, here are some of the most prominent creatures found in the wastes and their origins.

Surprisingly enough, Deathclaws weren’t created after the bombs fell. Rather, they were created by the one and only U.S. Government. In an attempt to create a substitute for human soldiers, the U.S. The government accidentally made what the wasteland would soon know as the apex predator. Once viewed as a legendary creature, Deathclaws eventually upped their populations enough to run rampant across most regions.

As mentioned in Fallout 2: Official Strategies & Secrets, Deathclaws were created using the combination of animal stalks. Still, the character known as the Master’s final touches is what produced the monster we know today. Deathclaws have a few different variations. Whether distinguished by sheer force or age, these are the Deathclaw variants; Young Deathclaw, Deathclaw, Alpha Deathclaw, Deathclaw Mother, and the Legendary Deathclaw. Subtypes like; blind, intelligent, albino, and hairy also exist.

Ghouls are created by an aptly named process called ghoulification. Ghoulification is the process of human skin and flesh decaying away via high levels of radiation. However, that alone doesn’t create a ghoul. When combined with unique cellular properties, ghoulification will not result in death.

Ghouls usually suffer from mental deterioration and infertility but have exponentially increased life spans and are immune to radiation. Some ghouls are even healed by it. Ghouls bless the wasteland in a few variants such as; ghouls, glowing ones, and ferals. Ghouls debuted in Fallout.

Usually accompanied by a gruesome mentality or two, Yao Guai’s are precisely what they look like. These dangerous creatures are American black bears, or at least descendants of them, that have been massively irradiated. You may have noticed the name. Well, these irradiated bears got their name from Chinese internment camp prisoners.

In Mandarin, Yao guai actually translates to demon. Yao guai’s are known to challenge many a Deathclaw without any sense of fear. The variants of Yao Guai are; giant, cub, stunted, shaggy, and scorched. Yao guai’s were introduced in Fallout 3.

Like the Yao guai, Radscorpions are pretty much what they look like; an irradiated scorpion. However, unlike the Yau guai, this time around, the scorpions increased in size exponentially and are even more venomous than before. The creatures we know as Radscorpions are mutated from the North American Emporer scorpion.

RELATED: What Year Is Every Fallout Game Set In

These creatures frequent abandoned shelters and usually attack their prey from underground. Radscorpions have a number of subtypes such as; small, giant, albino, Queen, bark, glowing, and spitting. Radscorpions were introduced in the first Fallout game.

Bloatflies are mutated flies. More specifically, they resemble irradiated house flies. Thanks to its increase in size, it had to find a new way to feed. From this, evolution did its part, and the bloatfly’s stinger came to be. These stingers are capable of shooting out a neurotoxin paralyzing their prey.

The stinger isn’t quite as effective against humans, however. Unlike a lot of the waste’s other creatures, Bloatflies don’t have a lot of variants. You have your typical legendary, but outside of that, there isn’t much to be seen. Bloatflies debuted in Fallout 3.

Mole rats are large irradiated rodents. While their bodies may have grown, their brains have not. Their brains have remained very small like their ancestral counterpart; the naked mole rat. Through some random chain events, Mole rats lack the capacity to feel intense amounts of pain.

The wasteland is home to several variants of the Mole rat. Players can encounter; hairy, albino, pig, pup, giant, and brood mothers. The Mole rats that derive specifically from vault 81 spew the mole rat disease and can infect the player character. Mole rats were introduced in Fallout.

Radroaches are mutated versions of what most know as a cockroach. Thanks to nuclear radiation, these cockroaches have grown in size and are primarily found in vaults or secluded underground areas. Radroaches are aggressive principally but lack any form of imminent danger.

Radroaches primarily feed on the dead and travel in packs. Radroaches may not be too dangerous, but they do bring some variety. Variants such as; irradiated, giant, and roachor exist in the wastes’ vaults and sewers. Radroaches first blessed the screens of players back in Fallout 3.

Mirelurks are categorized as mutated aquatic species. Yet, they resemble different species of crabs. Shockingly enough, Mirelurks existed before the Great War. Not only did they exist, but they have also been cataloged as one of the first mutated species from radioactive means. A fun fact about Mirelurks is the fact they have an increased sensitivity to white noise. It’s all a bit spooky, no?

Another creation not credited to the nuclear fallout, Super Mutants, refers to typical humans when exposed to the Master’s creation known as the Forced Evolutionary Virus or FEV. Unlike most of the creatures in the wastes, Super Mutants retain some form of advanced intelligence. For instance, they are smart enough to house themselves and use weapons. They are generally as bright as a very young human.

Super Mutants have four types; the original super mutant, the nightkin, the behemoth, and the suicider. Each with unique characteristics and skills. Super mutants debuted back in the first game in the franchise, Fallout.

NEXT: Best Action RPG Games To Play If You Like Fallout 4