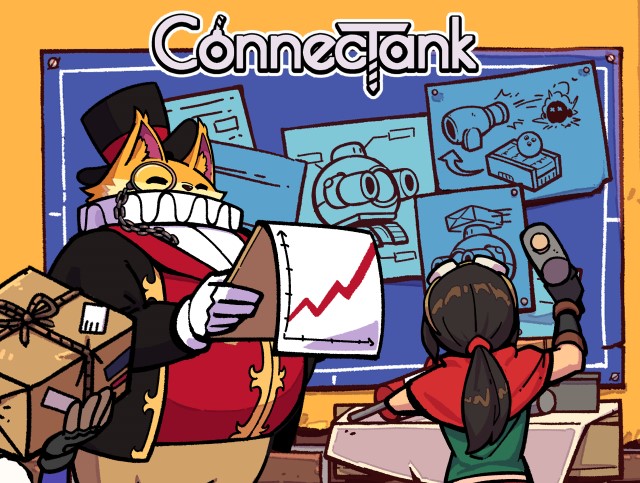 The Natsume Indies Program continues to churn out new and interesting games for Nintendo Switch. The latest, ConnecTank, is set to launch this fall and is bringing with it a quirky sense of humor and some very clever strategy gameplay. You can get your first look at the game in the trailer, below:

Let’s take a gander at the basic premise of ConnecTank:

ConnecTank is a 2D action-adventure game developed by YummyYummyTummy, Inc for 1-4 players that combines exciting tank battles with puzzle solving. In ConnecTank, players deliver packages for one of three Barons seeking to become the top Tycoon of New Pangea! Through innovative tank battle mechanics utilizing both skill and teamwork, players fight rival tanks to improve their existing tank or, once enough parts are collected, use new ones! Each mammoth sized tank comes with its own unique skills, strengths, and weaknesses, so choose wisely! With hundreds of missions, ever-changing powerups, and dozens of tanks to battle the possibilities are endless!

As the blurb points out, the tanks are huge, which quickly becomes apparent once inside of one of the behemoths. The interior of the tanks are filled with conveyors and equipment that must be organized. While the player must engage in battles to take on enemy tanks, the real war is raging inside. Maneuvering the conveyors and producing ammo is a challenging and highly rewarding task. During a press-only presentation, the devs showed off how the gameplay works in real time. The action was fast-paced, with the player running across the screen to set everything up before being pummeled into pieces. It’s the sort of mayhem that fans of games like Overcooked! will flock to. 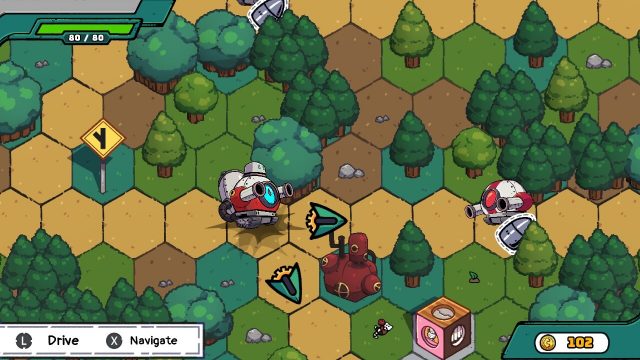 Along with the gameplay, ConnecTank has an engaging narrative. YummyYummyTummy clearly wants people to laugh while they’re playing ConnecTank. Special care has been put into all of the dialogue and it shows. What’s more, the designs of all the characters have been similarly lovingly handled. Cast members like Prince of Whales, Schrodinger Cat, and Emperor Pontius Penguin all have a wonderful level of visual flair to them. This care extends to the game world itself. Although the maps are laid out on a grid, everything is detailed, colorful, and bold. The art style, especially during cinematic segments, shines, and makes playing the game a joy. As an added bonus, the different storylines do have end points, but YummyYummyTummy expects players to get a lot of time out of the game.

We don’t have a firm release date yet for ConnecTank, but hopefully it manages to hit its fall launch window. The engaging combat, customization, and funny story are shaping this up to be a can’t-miss experience for Switch owners. Once we know when it will launch we’ll be sure to update you all. In the interim, tell us what you think of ConnecTank so far in the comments!