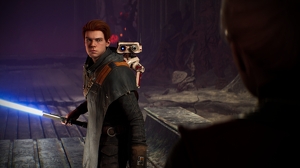 They’re a free cross-gen upgrade to current owners of the PlayStation 4 and Xbox One versions of Respawn’s action game.

Today, EA said Star Wars Jedi: Fallen Order has seen more than 20 million players worldwide since it launched in November 2019. That’ll be why it’s getting a sequel then!