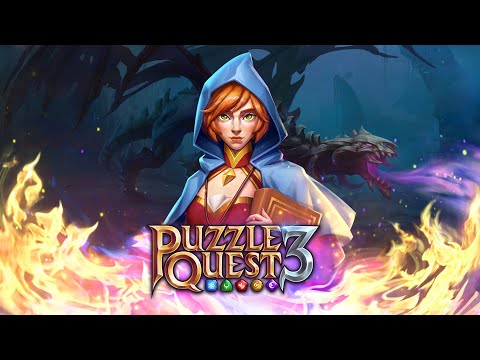 A little over a year ago 505 Games announced that Puzzle Quest 3, the long-awaited new entry in the granddaddy match-3 RPG series Puzzle Quest, was in the works and initially slated for release in 2021. While that release window has come and gone, the developers aren’t too far off the mark as they’ve just announced the official release date of March 1st for Puzzle Quest 3. You may recall that around the time of the game’s announcement in January of last year that 505 Games had just bought Infinity Plus Two, formerly Infinite Interactive and the original developers of the first two Puzzle Quest games. Puzzle Quest 3 is their first release being part of 505 Games and it sounds like they’re keen on getting back to the game’s roots following the multitude of Puzzle Quest spin-off games over the years. Alongside the release date announcement there’s a new gameplay trailer for Puzzle Quest 3 too.

Of course, unlike the first two mainline Puzzle Quest games, and very much like the several spin-off Puzzle Quest games that have come out over the years, Puzzle Quest 3 will be a free to play game. Also new for this entry, as you can see in the trailer above, is fully 3D character models that animate as they attack each other based on your matchmaking moves. It looks really awesome. Another thing shown off in the trailer, although subtly, is the 5 hero classes that will be available when the game launches: Paladin, Berzerker, Shaman, Necromancer, and Assassin. Unsurprisingly, there are plans to add new classes and new content to the game as time goes on. Also unsurprisingly, there is a pre-registration campaign going on for Puzzle Quest 3 right now, and if you head over to the game’s website you can complete some “quests” which will unlock more and more goodies when the game hits based on how many people participate.