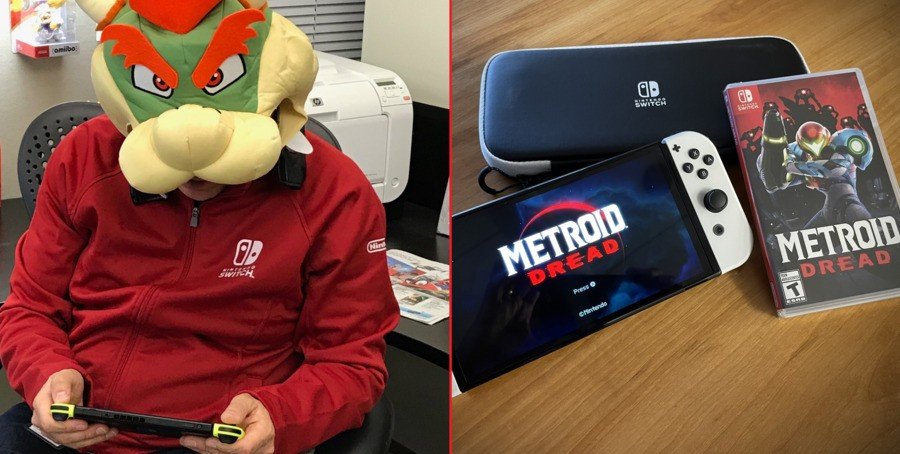 It’s been quite possibly one of the best weeks of the year in the land of Nintendo. The Super Smash Bros. Ultimate director Masahiro Sakurai revealed Sora would be the final fighter, Rockstar announced the GTA trilogy for the platform, Nintendo launched its new ‘OLED model’ Switch and after an incredibly long wait, Samus has returned in the original Metroid series.

Nintendo of America’s president, Doug Bowser, is known for being quite a big fan of the company’s classic series and it seems with Metroid it’s no different. Over on social media, he shared a picture of his brand new Nintendo Switch OLED alongside a copy of Samus’ latest outing, Metroid Dread – wishing everyone a “Dread-Full” day!

The celebrations obviously didn’t stop there. Nintendo’s New York Store also hosted its own event to celebrate the return of Samus. Here are some of the photos of the event – showing off the many Metroid Dread and Switch OLED purchases:

If you would like to learn more about the latest Metroid game that concludes the thrilling arc about the “interconnected fates” of Samus and the Metroids, be sure to read, watch or have a listen to our Nintendo Life review, if you haven’t already:

Have you been playing Metroid Dread like Doug over the past few days? Did you pick up the Switch OLED model in the end? Leave a comment down below.