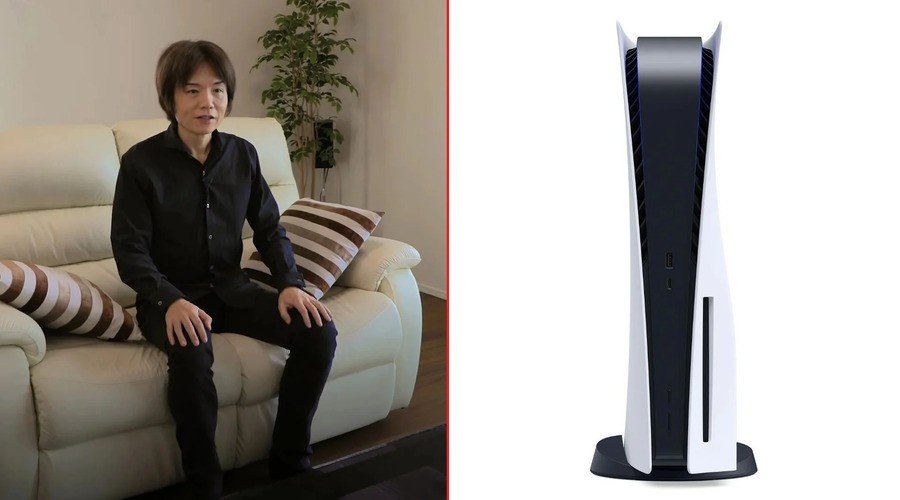 The final Super Smash Bros. Ultimate DLC fighter broadcast airs next week on October 5th. So, how is the game’s director Masahiro Sakurai killing time until then? With the PlayStation 5, of course!

No, really – in his latest social media post on Twitter, he’s shared an image of a PS5 DualSense Wireless controller. According to the Google translation, he’s upgraded to a 2TB SSD after Sony’s recent firmware update for the system.

If you know about Sakurai’s love of gaming, it’s obviously no surprise to see him with a PS5. We’ve previously seen his extensive library of video game systems in some Smash Bros. fighter reveal presentations and he’s got quite the collection:

It’s also been documented how he played 242 PlayStation games in 2019. Woah!

While most fans believe this is just Sakurai sharing an update about what he’s been up to recently, as usual, there are some fans out there who are reading into things – perhaps a little too much.

Some of the speculation based on this tweet seems to be suggesting the final fighter will be a PlayStation representative – and some comments are going the extra mile, referencing Crash Bandicoot. Others appear to be making jokes about “PlayStation” and “SSD” being confirmed for battle.

Heck, for all we know he might be teasing a sequel to PlayStation All-Stars Battle Royale.

Are you glad to see Sakurai is finally taking some time out from Smash Bros. development? Do you think the above tweet is teasing anything? Share your own thoughts down below.