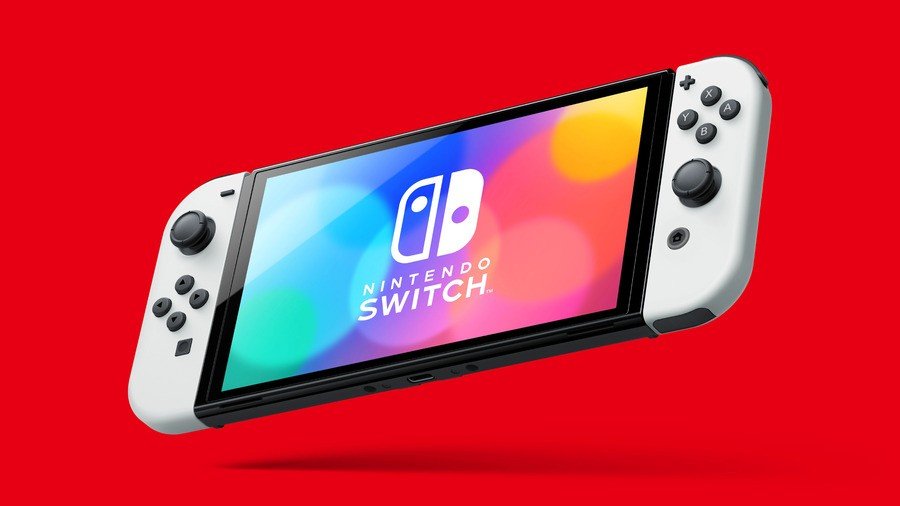 Wellll, wellllll, wellllllllll. It looks like every single games journalist and influencer was right after all, with a few hundred caveats. The much-rumoured Switch Pro has turned out to be a sliiiightly underwhelming new Nintendo Switch model with a bigger OLED screen, a hole for the internet to go into, and a horrible name that we're going to have to type out every single time we talk about it. Ugh.

But also, it comes in white, and the dock is more slick! We didn't predict that. Or did we? Maybe we did. We've been trying to find new things to say about this years-long rumour, after all; we probably even predicted it would have Amazon Alexa integration at one point.

But the internet is unsurprisingly already on the meme treadmill, pumping out reactions, goofs, and jokes about the Nintendo Switch (OLED Model) just minutes after its announcement. Let's take a look.

Humans love recognising things, and the reveal of the OLED Switch is no different.

Or a toaster, maybe.

Actually, it sort of looks like… every other console of this generation. Why is white in vogue? Everyone knows all gamers have horrible sticky cheese dust hands.

Too little, too late

Even as a Nintendo website, we can admit that Nintendo can be a little… behind the times, let's say. As PlayStation and Xbox constantly race against each other to have ten more pixels and even more colourful colours, with rendered faces so lifelike that you'll accidentally fall in love with Cortana or Crash Bandicoot, Nintendo is satisfied just making Mario games that run at 30FPS and 720P. Who cares if you're having fun, right?

And, wait, haven't we been asking for Bluetooth for a while now?

And should we be worried that they didn't mention updating the notoriously drifty Joy-Cons… at all?

Nintendo has no idea how people play games

Why are all the Nintendo Switch adverts like "I play Pikmin on a basketball court under an overpass" and "I love to play Smash Bros in my million-dollar NYC apartment that I live in alone"? Let's be honest, we're all playing Animal Crossing in our pants on the sofa, in the most unflattering positions that are definitely not good for our spines. Stop making video games look sexy and cool, Nintendo!

Did Nintendo delay the release?

There were SO many rumours that the new Switch would be announced at E3, and yet… nothing happened. Did Nintendo hear all the hype for a 4K Switch and dash back to the office to change their E3 Direct, just because they knew they'd never live up to the hype? We can only speculate. And speculate we shall!

The announcement was a little… strangely timed, no? Almost like they didn't want us to notice it? Who announces things on a random Tuesday?

This reminds me of a Simpsons quote

No matter what the viral news story is, there's always a Simpsons quote to match. This time, it's Malibu Stacy:

You only need to see one of these tweets to get it. It's all the same joke.

…Also, a quote from The Office

It has not gone unnoticed that the new Switch is strikingly similar to PlayStation's underappreciated handheld. We even pointed out that the Switch seems like a worthy successor to the Vita earlier this week, what with all the visual novels coming out this year.

For some, the Vita might actually be… gasp… better:

Shoot, maybe we should just get our Vita out of storage.

Actually, the new Switch is fine. Especially if you primarily play handheld. Chill, y'all.

Also, it's actually a relief for developers!

We can meme, too

Our lives are so empty without Switch Pro rumours. Anyone fancy making a new rumour? Breath of the Wild 2 is set in space? The next Mario game is in 4D? Metroid Prime 4 might actually come out this decade? Ha, let's not get too wild!

What has been your favourite reaction emerging from this out-of-nowhere announcement? Let us know in the comments!