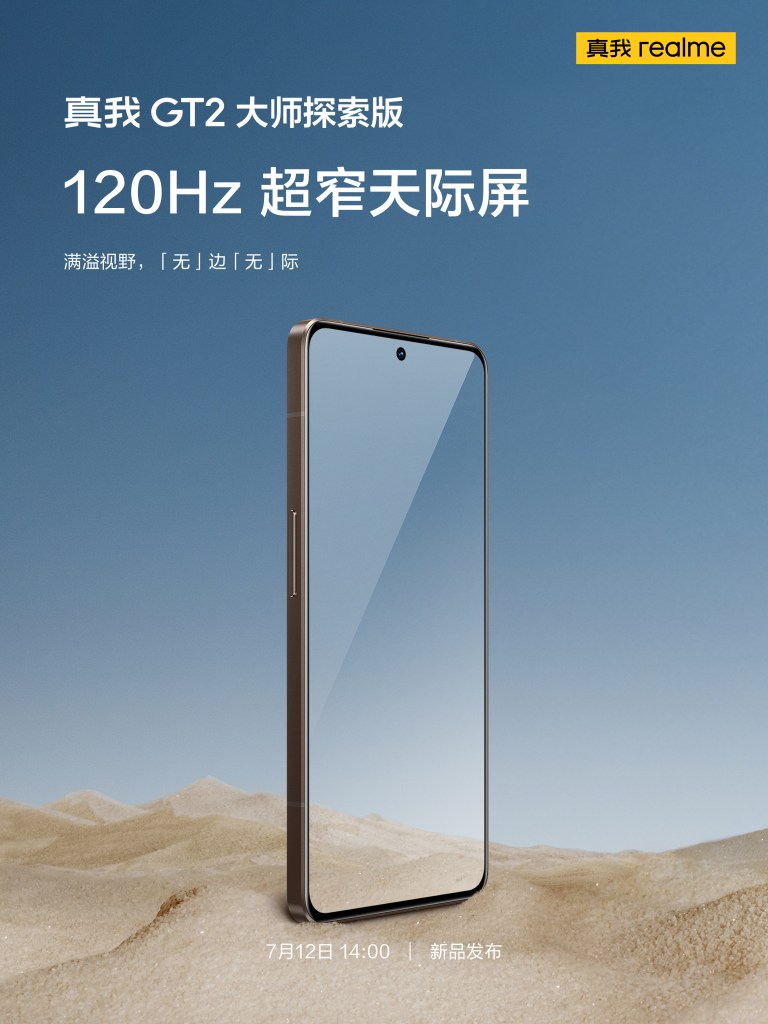 Realme, for its part, officially announced on Monday that its new GT2 Explorer Master Edition will be released on the 12th of this month. Yesterday, the machine’s rear shell design was announced, and today the official brought its front screen picture.

In addition, this screen also supports 16,000 levels of stepless dimming, with a smoother and smoother automatic brightness adjustment, giving you a comprehensive eye care experience.

It is reported that the Realme GT2 Explorer display uses the COP packaging process, COP’s full name is Chip On Pi, which directly bends a part of the screen and then encapsulated a technology. COP packaging technology can maximize the compression of the screen module, but the higher the compression ratio, and with it, the higher costs and lower yields.

The official rendering is only given, the blogger Digital Chat Station here directly released the real comparison photos of this screen and iPhone 13 Pro, from the photos, Realme this new machine in the width of the screen is almost complete victory over the iPhone 13 Pro, the visual effect is very stunning.

It is reported that the Realme GT2 Explorer features a 6.7-inch center scoop flexible straight screen with a resolution of 2412×1080 and a refresh rate of 120Hz, a rear 50MP AI triple camera, and a battery capacity of 5000mAh, and support for 100W super flash charging.