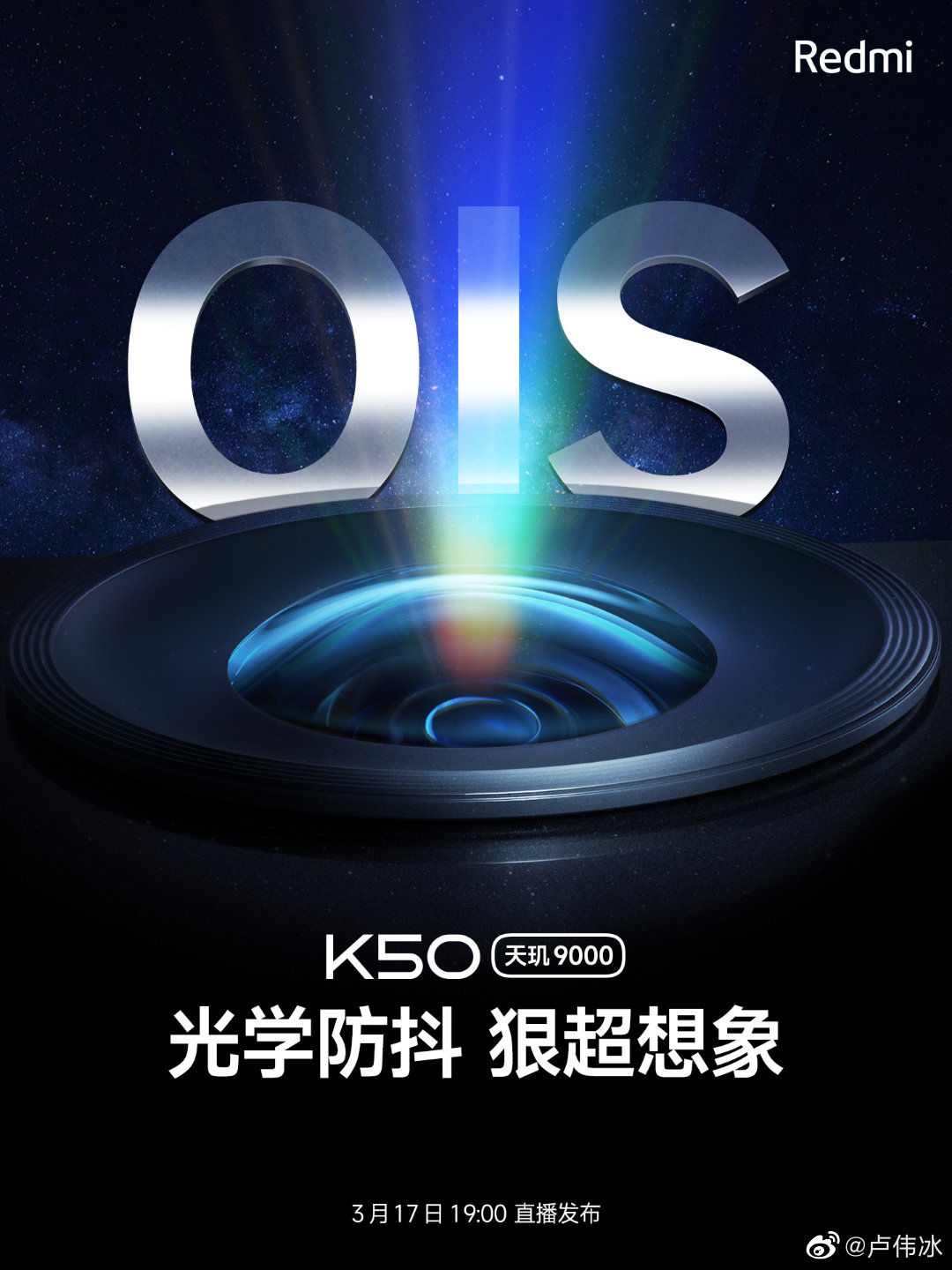 The long-awaited Redmi K50 series will be launched on March 17 which will bring Redmi K50, K50 Pro, K50 Pro Plus. Among them, Redmi K50 Pro Plus will support OIS optical image stabilization, according to the official announcement.

With OIS hardware-level stabilization, the K50 Dimensity 9000 version steadily improves imaging quality, detects every tiny shake in real-time, and quickly compensates for the image, resulting in a much higher success rate and better video results with a single shot.

As we all know, optical image stabilization is one of the most publicly recognized stabilization technologies. It detects shake at high speed through the gyroscope and acceleration sensor inside the phone, transmits the signal to the OIS processing end to calculate the amount of displacement that needs to be compensated, and then transmits the data to the microdrive motor in real-time to quickly adjust the camera module attitude, thus effectively overcoming the image blur caused by the phone shake.

The effect of the optical stabilization function is quite obvious. Generally, turning on the function can increase the shutter speed by 2-3 stops, so that handheld shooting will not produce blurring, which is very effective for users.

In addition to supporting OIS, the Redmi K50 Series phone is also equipped with a 108-megapixel primary camera. With the large base sensor and Redmi’s software algorithm tuning, the Redmi K50 series images are worth waiting for.