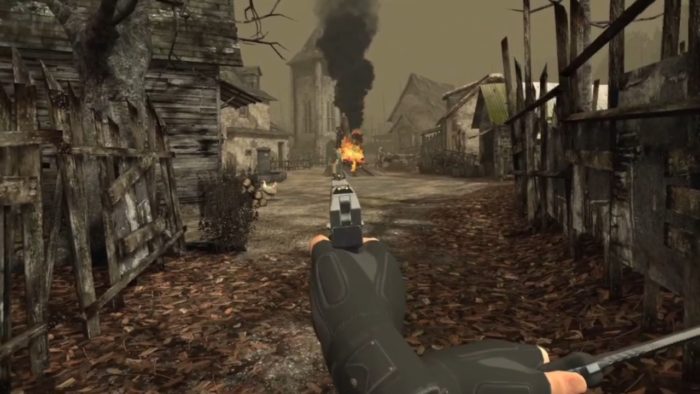 Resident Evil 4 VR will be launched on October 21st as an Oculus Quest 2 exclusive, and will be giving the franchise’s fans a whole new perspective into the game. Unfortunately, reports have surfaced that this new VR version has had some content that was removed.

Apparently, there were scenes and dialogue that highly sexualised Ashley Graham, who is the President’s daughter accompanying Leon throughout most of the Resident Evil 4 VR adventure. Leon was sent to rescue Ashley after she got kidnapped by an unknown group. With that said, Resident Evil 4 VR players will be spending majority of the game protecting her as they escort her back to safety.

In the original game, when Ashley meets Luis, the latter looks at her chest and comments, “I see that the President has equipped his daughter with ballistics, too.” Ashley then responds with, “How rude. And I do not believe there is any relevance with my figure and my standing. Who are you?” All but this dialogue’s last three lines have been removed from the game. All this happened during a cut scene, instead of a video call, which makes the editing a bit more obvious.

Resident Evil 4 VR will also no longer allow players to look up Ashley’s skirt. Removing this scene also led to the removal of the animation that shows Ashley covering her legs and calling Leon a pervert.

Another Resident Evil 4 VR dialogue that was trimmed from the game was the ending where Ashley seemingly propositions Leon. The line “So, after you take me back to my place, how about we do some overtime?” has also been removed.

Capcom got some flak for allowing Facebook “to deface and modify” the classic game “to please the gaming media and the social justice crowd.” However, Facebook confirmed that all changes made to Resident Evil 4 VR were necessary to fit today’s gaming standards “Oculus Studios, Armature, and Capcom partnered closely to remaster Resident Evil 4 from the group up for VR,” Facebook’s statement read. “It also includes select changes to in-game dialogue and animations that we believe will update Resident Evil 4 VR for a modern audience.”

Do you think they did the right thing to remove these scenes and lines? Let us know in the comments below.