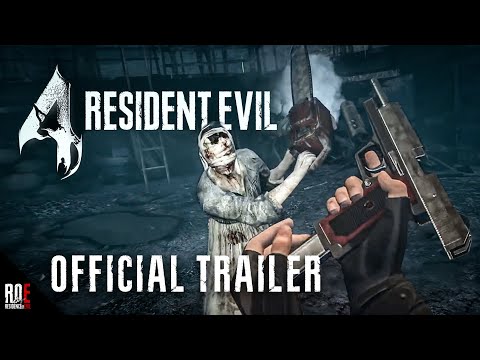 Resident Evil 4 VR has a launched on Oculus Quest 2 and is by all accounts rather good. It’s currently sitting on a rating of 96% on Metacritic with, as Billy Porter would say, tens across the board. However, it seems that most of the reviewers were male as the ladies have taken to Reddit to point out a rather unfortunate mechanic that has resulted in bruised bosoms.

“So I was playing RE4 and I found myself in a bit of a dilemma,” posts ElleanaTheBold. “Every time I reached for a grenade or my knife in a panic I would find myself with a new unfortunate bruise on my tits.”

“It had me thinking if we are going to continue place items on the chest in VR there might need to be a body size/type choice in the future…cause ow… Anyway was just sharing my thoughts, RE4 is great and definitely worth the bruises.”

The report was backed up by a reply from itsadesertplant. “I was playing RE4 for the first time last night, and I kept reaching above my left boob for the knife until I realized, nope, knife IS left boob. Grab boob = grab knife,” she writes. “Game is great, but big design oversight tho. This is what you get when the playtesting/development/etc is a sausagefest! Nobody thinks of the titties!”

It does seem that that the game has not been properly playtested for all body types, “If you have a wide pelvis to start with, and then get fat, the hip holsters are often literally inside your thighs,” reports another Redditor.

The body sizing issue does not seem to be limited to Resident Evil 4 VR either, “It’s not as bad as reloading in Arizona sunshine! Basically have to smash your controller against your balls everytime you want to reload,” reads another post.

Something for VR developers to consider in the future then, to quote one final Redditor, “Nobody thinks about the titties getting punched when you’re getting mobbed by infected Spaniards.”