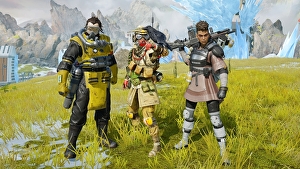 The developer said this free-to-download app is a specially designed version of its battle royale just for mobile devices, with streamlined controls for touchscreens. It does not feature cross-play with the PC and console Apex Legends.

A beta test for Apex Legends Mobile launches later in April, and begins with a few thousand players in India and the Philippines. It will roll out to more regions around the world in the months ahead.