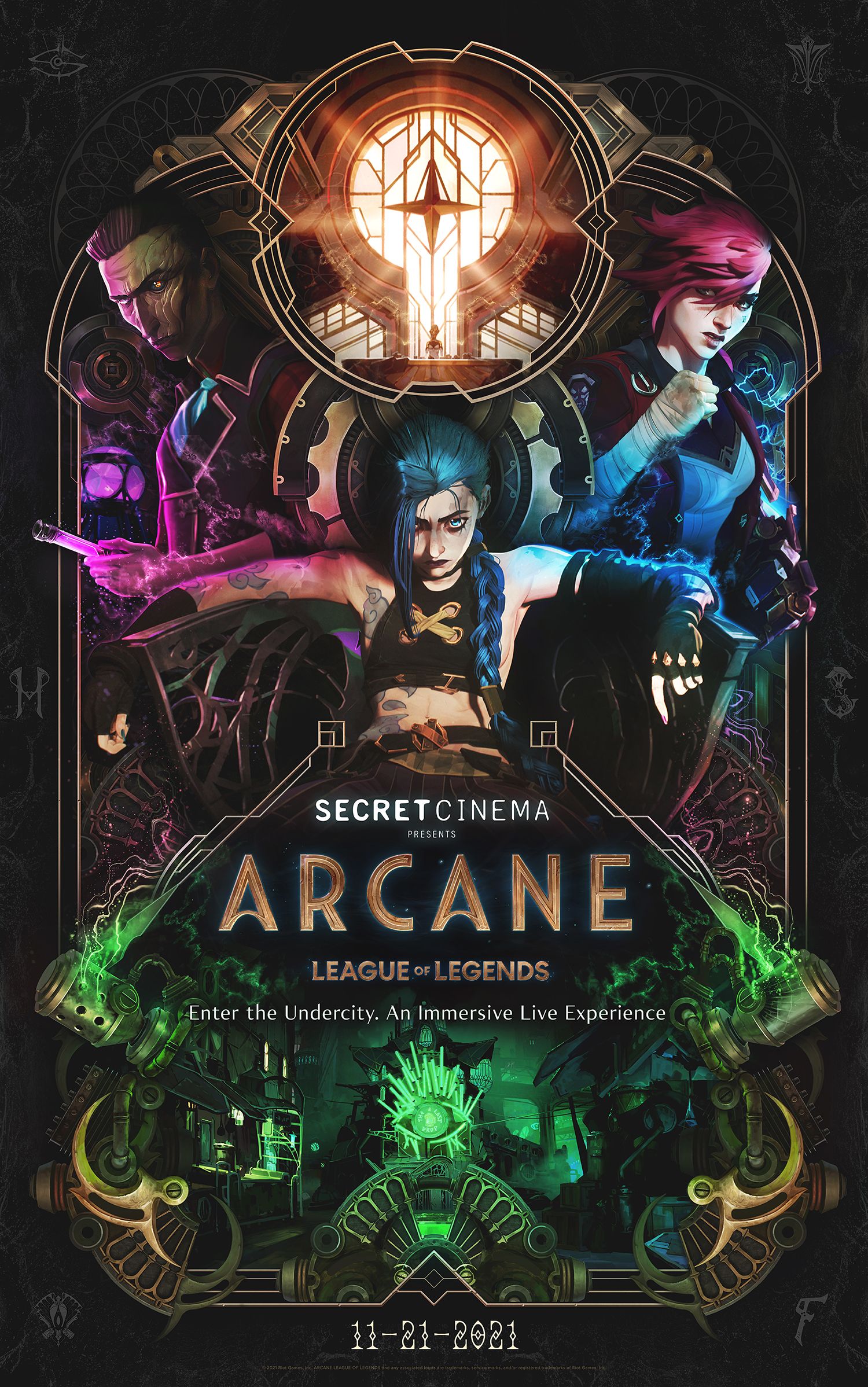 Riot Games has announced its partnership with Secret Cinema to celebrate the launch of its upcoming Netflix animated series, Arcane, by bringing an immersive real-life League of Legends narrative experience exclusively to Los Angeles this November.

It will be Secret Cinema’s first time combining video games and entertainment together as players experience live, interactive gameplay with a storyline set in the dystopian world of Piltover and its dark and dangerous underworld, the Undercity. The in-person experience features thrilling missions where you’ll evade Piltover Enforcers and fight to survive in a journey through the Undercity, with every choice you make impacting how the story will end.

Brandon Miao, cross-product experiences and partnerships lead at Riot Games, said the company wanted to find the best venue to share their immersive version of a League of Legends video game. Secret Cinema fits the bill, thanks to their penchant for bringing storylines from movies and TV shows—such as The Empire Strikes Back, Blade Runner, and even Stranger Things—to life in 360-degree theaters.

“For the launch of Arcane, we really wanted to find the right partner who shared our vision for bringing such a rich IP to life in an interactive, immersive way,” Miao said. “Bringing players new, authentic out-of-game experiences that tie back to the narrative of the show is a first for us, and something we are incredibly excited to share with players as we expand to entertainment.”

“Secret Cinema and Riot Games have at their heart the same magic – both formats give people permission to plausibly take on a new identity,” said Max Alexander, CEO of Secret Cinema. “Our partnership will build a world that the fans already know intimately, but which they can now for the first time engage and play out a storyline unique to this production. We are incredibly excited about the opportunities for real-world live-action gameplay and storytelling – in a way we are inventing a whole new format.”

Secret Cinema Presents Arcane opens on November 21, and tickets will go on sale tomorrow at 12 pm PST, with prices starting at $70. League of Legends: Arcane premieres on Netflix on November 6.

Next: League Of Legends: Lil Nas X Partners With 100 Thieves And LCS For Worlds Hype Video