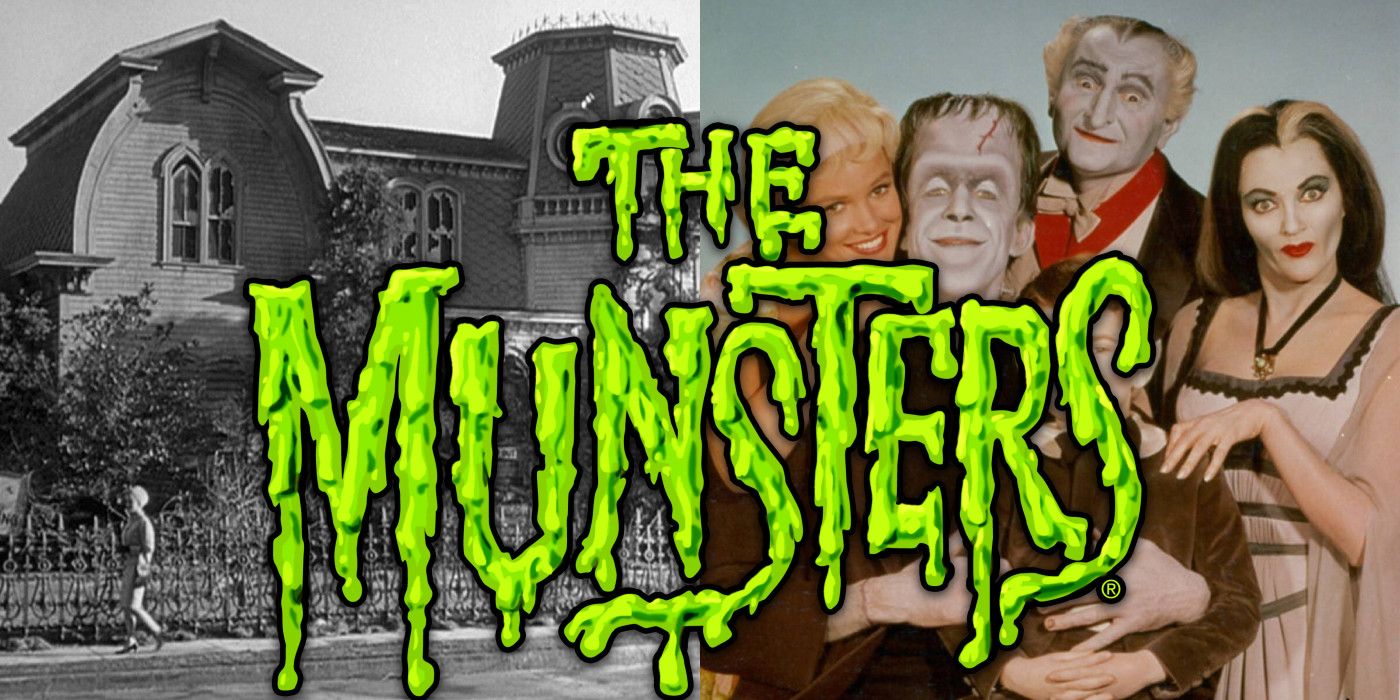 Rob Zombie has been enthusiastically sharing as much info as he possibly can about his upcoming film reboot of The Munsters, and while that may not be much at the moment, he's just so darn excited. This time, the newest update involves the titular family's house, and it definitely looks like there will eventually be a house.

Like all of his other information dumps regarding The Munsters, Zombie let this one loose through Instagram. Posting a picture of an empty street flanked by planks of wood that will form the eventual foundation of the famous dwelling on Mockingbird Lane, he added a caption clarifying just how much of the set is actually being constructed from scratch. Turns out this isn't just a repurpose job like any number of classic horror film locations.

RELATED: This Horror Reboot Abandoned The Best Parts Of The Original

"Mockingbird Lane now has a paved street! Things are moving and grooving," Zombie gleefully stated, pointing out the smooth road that must clearly be brand new since no pavement stays that pristine for long when humans are let loose around it. The post offered several angles of the construction, giving away little of how the actual end product will look. Though based on the blueprints Zombie revealed along with some other tidbits regarding The Munsters, it will likely be fairly faithful to the original show's design.

Zombie announced his reboot film based on the classic 1960s comedy sitcom The Munsters earlier this year, expressing his long-held desire to take on the project. Set at 1313 Mockingbird Lane in the fictional town of Mockingbird Heights, the original series was a rather clever satire of modern (at the time) American suburban life told via a family of classic movie monsters from family patriarch Herman Munster (Frankenstein's monster) to the elderly Grandpa (an aging Count Dracula).

It feels like a rather bizarre combination for Zombie, a heavy metal rocker and eccentric horror filmmaker, to take on such a mainstream and sanitized idea like The Munsters. After all, many of his other films like the 2007 Halloween remake were largely divisive among fans and newcomers alike (though still better regarded than the ridiculously absurd Halloween Resurrection).

But if his periodic updates are anything to go by, he's nothing if not passionate about the project. The Munsters appears to be almost a filmmaking "white whale" to Zombie, just without all the self-destructive bits. If he wants to take on such a project, why question it? It's not like the original will go anywhere, and even if his film ends up a Razzie contender, that just means it will be a different kind of entertaining when it finally comes to Peacock.

MORE: Space Jam: A New Legacy And The Modern Horror Of Cross-Promotion