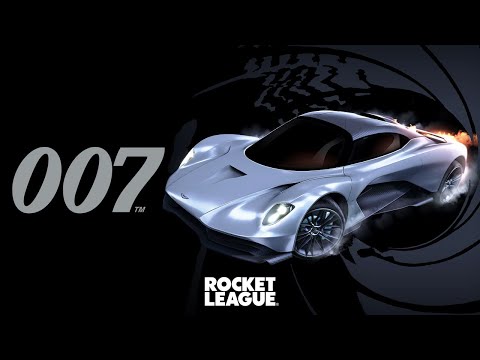 The latest patch for Rocket League is now out on all formats, details of that you can find below. Psyonix have also revealed that 007 himself, James Bond, will be joining the game. Well, his car is, you can pretend he’s driving it.

007’s Aston Martin Valhalla, described as “a marvel of British engineering,” will be available from the 7th October and will be the first hybrid vehicle to be featured in the game. “The car, which has a Dominus Hitbox, comes with a Reel Life Decal specific to 007’s Aston Martin Valhalla, a unique Engine Audio, and its own signature Wheels. Add it to your inventory for 1100 Credits,” say Psysonix.

Psyonix previously added Ratchet & Clank DLC to the game and a 120hz mode for PS5 players, you can read about that here.