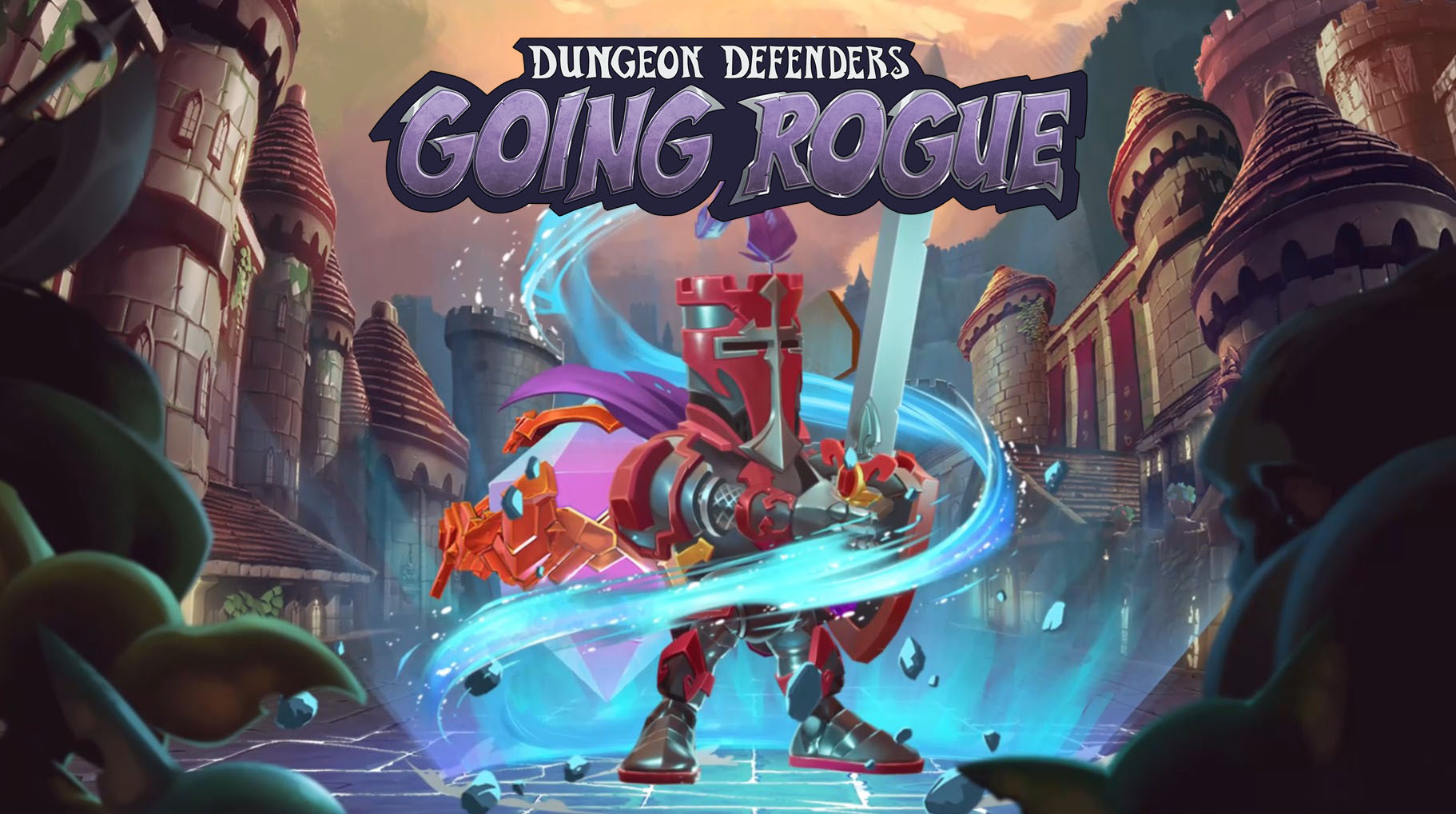 “Dungeon Defenders: Going Rogue is an exciting new addition to the series, originally starting as a new game mode that blossomed into an entirely new game,” said Alec Saare, Creative Director, Chromatic Games. “We are harmonizing the beloved elements of Dungeon Defenders with the ever-changing customizability and replayability innate to the roguelite genre. Creating fun challenges for players to take on over and over again is our favorite part of working on this beloved series!”

Combining tower defense, action RPG, and roguelite gameplay into a crazy free-for-all, where it’s you and up to three friends versus hordes of enemies. Select your hero, survive the waves of foes, unlock new weapons and runes, and take on the bosses that await you!

Action RPG combat allows you to get into the fray or take down enemies from afar. As you collect powerful runes and weapons your build changes, turning you into a war machine that gains insane strength!

Are you brave enough to dive in as a rogue Defender? Perhaps you like to be in a brave party to support one another? Never fear, you can choose to play solo or with friends in up to 4-Player Online Co-Op!

Active tower building allows you to instantly summon towers that help fight and take down the armies that approach. As you progress you’ll find new towers with stronger effects to help bolster their power!

Heroes, Weapons, Runes, and Talents are unlocked as you progress, providing greater power, more diversity within your build, and a whole new experience every time you embark on an adventure.