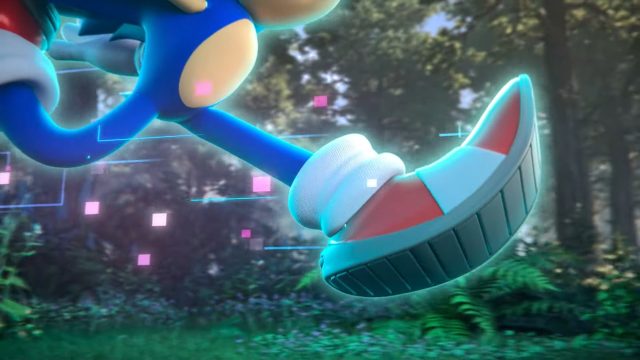 At the end of the Sonic Central broadcast, a quick teaser featuring what is believed to be the next mainline Sonic the Hedgehog game was shown off. The snippet of footage is brief, but it offers a glimpse of Sonic running through the woods with pink, glowing squares of energy emitting from his feet. Although no gameplay footage was shown, Sega is stating that the game will be available on Nintendo Switch in 2022. You can give the teaser a look right here:

What’s interesting about Sonic 2022 is that many people are alleging to already know the name of the game. Dataminers, according to Nintendo Life, crawled through the source code for an alleged leaked 4K version of the trailer and turned up files referencing something called Sonic Rangers, a name that wasn’t mentioned during the livestream. The rumor took on even more validity when Sega sent out a press release that referred to Sonic 2022 as Sonic Rangers before swiftly removing the name from the announcement.

This is all conjecture, but given datamining info and the press release mixup, there’s a good chance that Sonic Rangers is the name. As for what the game is about and how it will play, that remains a mystery for now. There’s scuttlebutt about an open world and even mechanics that pull from The Legend of Zelda: Breath of the Wild, but until Sega officially reveals more, we’ll just have to wait and see.

The post Rumor: <em>Sonic Rangers</em> Might Be The Next Installment In The Series appeared first on Nintendojo.