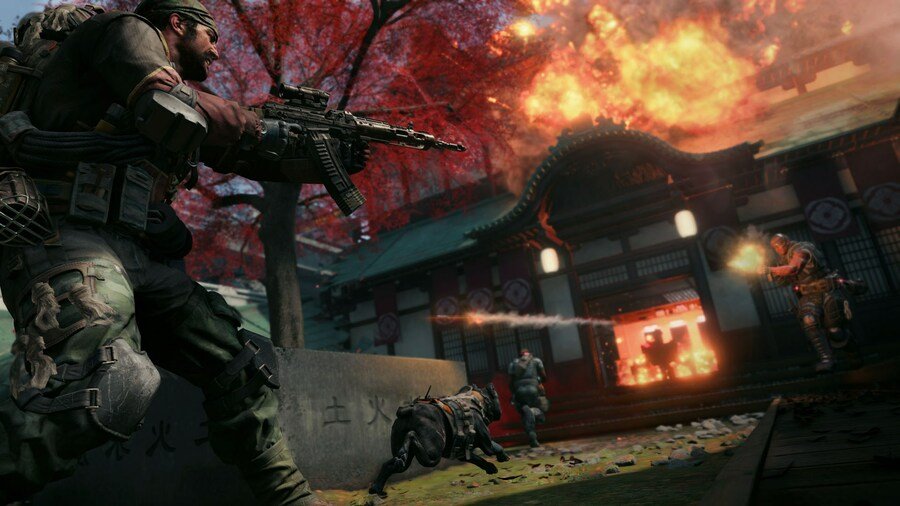 At the time of its reveal back in 2018, there was quite a lot of attention surrounding the omission of a campaign mode in Call of Duty: Black Ops 4. In a first for the series, Treyarch ultimately opted to ship Black Ops 4 without a single player campaign; the ‘Blackout’ battle royale mode filled that gap. Well, a substantial leak has now surfaced, detailing what exactly the California-based developer was building with its cancelled campaign.

Before Blackout came along, ‘Career’ was the game’s third mode outside of Multiplayer and Zombies. It was developed as a “race to the finish” mode featuring two teams of two, where depending on the chosen faction, you’d have a completely unique set of missions, characters, and storylines. As is now the norm, it was supposedly set up as a live service that’d evolve over time, which would have been a first for a Call of Duty campaign.

According to the leak, missions were 20ish minutes long, spread across six different locations. Companions, based on the game’s multiplayer specialists, also supposedly featured, alongside an XP-based progression system. We must stress that these details are part of a major leak, so take everything here with a grain of salt. However, the leak is backed up by a ton of concept art, from load screens and storyboards to map layouts and more.

Ultimately, the story mode was binned in favour of chasing the battle royale dream. We’ve got to admit, we thought the best thing about Black Ops 4 was Blackout, so we can’t complain too much. Still, it would have been interesting to see this campaign mode come to life, as since then, we’ve seen some pretty ‘traditional’ single player modes within Modern Warfare, Black Ops Cold War, and last year’s Call of Duty: Vanguard.

What do you make of all this? Would you have liked to see this campaign happen? Leave your thoughts below!