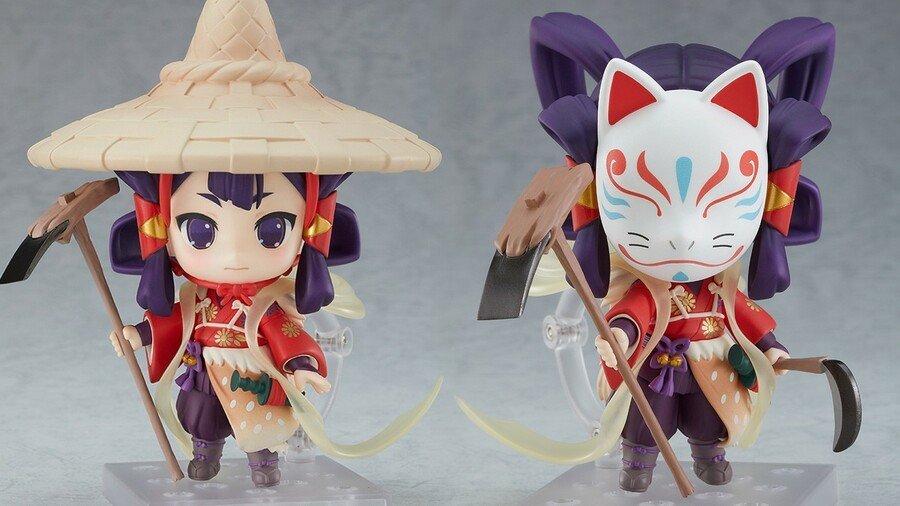 Princess Sakuna is everywhere these days — Smash Bros, Story of Seasons, and Metallic Child — which is no doubt due to her popularity. Sakuna: Of Rice and Ruin has sold over a million copies, no doubt thanks to the slow-paced chill of rice farming.

Now, Princess Sakuna is heading to one more place: your shelf. A new Nendoroid figurine features the diminutive goddess herself, with two face plates (grumpy and happy), a figurine of her companion, Tama, her kuwa and kama weapons, her hat, scarf, and mask, and a bowl of rice with chopsticks.

Nendoroid Sakuna is available to pre-order until the 30th September, and will be shipped out next May. She costs $68.99 on the US GoodSmile site, and ¥6,800 on the Japanese site. Anyone from countries that aren’t Canada, the US, and Japan can check out GoodSmile’s partner stores here.