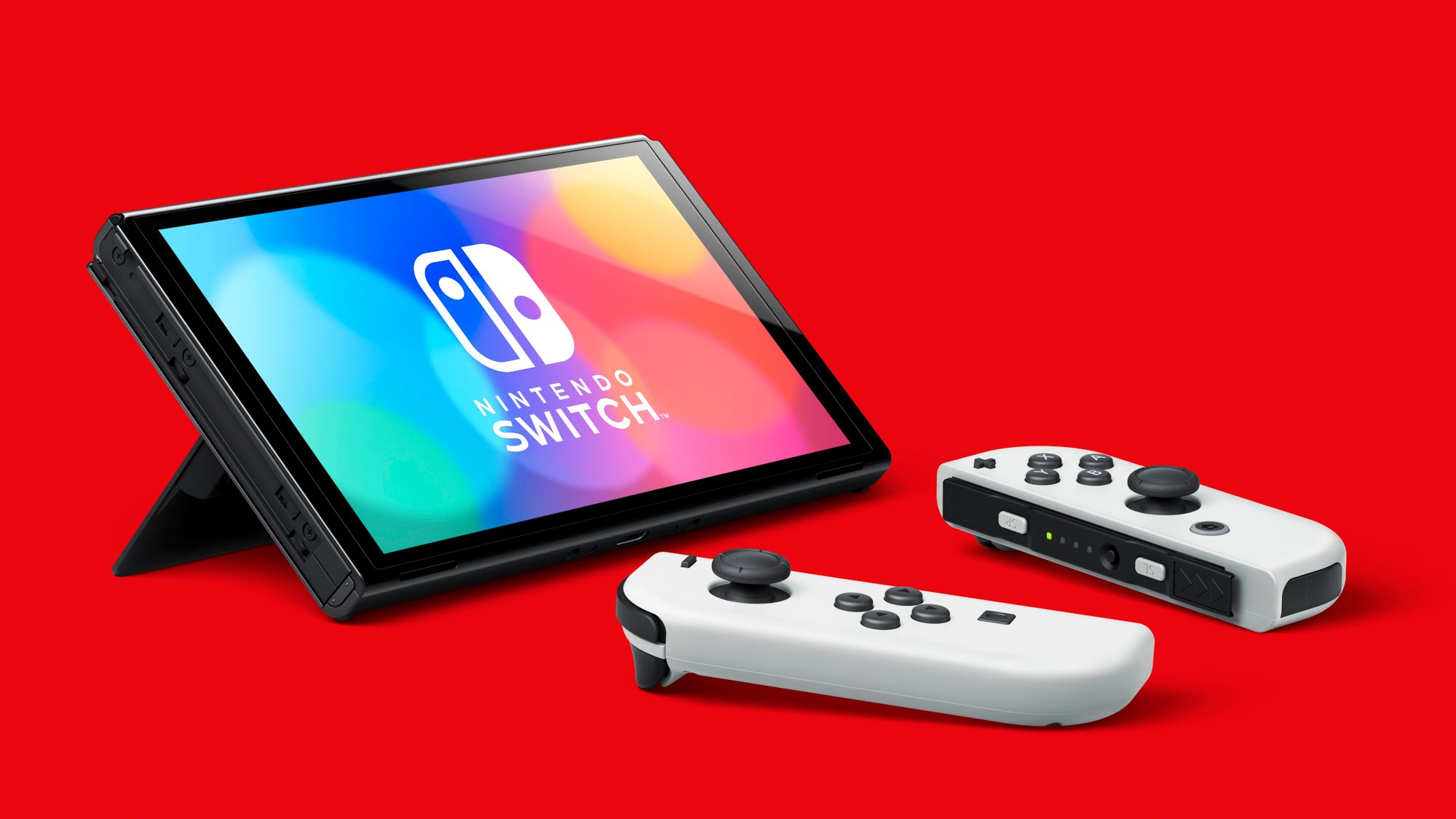 Do I want one? Sure. But do I need one? No. It’s basically the same system from 2017 with a much better screen that I’ll barely use since I live alone, rarely travel anymore, and own a television. Which is why I made the mistake of trying to pre-order one and then, when that didn’t work, stayed up until midnight to catch one on the 8th.

I didn’t get one.

This isn’t about that.

Related: Top Five Handheld Emulators That Will Never Bring Your Childhood BackNot getting a fun baby toy on day one isn’t that big of a deal. On the bright side, I got to play Metroid Dread the moment the eShop let me. On the even brighter side, I didn’t have to spend hours migrating files from one Switch to another in a Kafkaesque nightmare that inevitably ends with half my cloud saves not carrying over.

We’ve all been disappointed. It’s part of life. But what’s becoming more and more – what’s the word? – motherfucking frustrating is seeing that these systems aren’t selling out to dummies like me who want a new big shiny object. They’re selling out to scalpers who then turn around and fence those systems for twice the price.

And, look, I know that we’re all aware of scalpers. We’ve talked about them. We’re mad at them, even as we consider resorting to them so we can play outstanding next generation titles like – I dunno – Returnal. I’m also aware that, with microchip shortages, it’s also harder for the supply to meet the demand. Effie, we all got pains.

But scalping has gone beyond Amazon listing over forty resellers pushing the OLED Switch for twice the price. It’s also the Metroid Dead special edition. Amiibos. Any accessories related to a big release are snatched up and put online for a price somewhere between, “I must really love games” and “Games are more important than buying food.” The fact that sites such as Walmart and Amazon list the overblown resell price as if they were the MSRP is only more confusing and fucked.

Again, game console launches have always been fraught with availability issues. When people waited in line for hours for a Nintendo 64, there was a chance a lot of them wouldn’t leave smiling. Especially if they could get the Nintendo 64 but the only game left was Pilotwings.

But that’s nothing compared to the massive amount of skill and luck it takes to buy just one console or special edition or tangentially-related apparel now. Pre-orders should go to first come, first serve. And pre-orders do sell out. But when the clock says 11:59 and the website says “Coming Soon,” then 12:00 hits and the website says, “Sold Out,” we’re doing this wrong, people. Even if all the sales are or were organic, this shit is dispiriting. We leave feeling not just disappointed, but lied to. A countdown clock telling us when we can pre-order doesn’t matter if the system is rigged.

Not because it’s hard to get a popular item. But because it’s easy for bots and bad actors to make it their literal job to buy things before we do and re-sell them. They take what’s already an expensive passion and make it only accessible to richer fans willing to rip themselves off to get the newest and greatest.

Even beyond the completely-legal-but-still-shitty behavior, scalpers make it harder to preserve game history or even want to preserve game history. We’re already discouraged from buying physical games due to convenience. Digital is easier and faster and better, right? Why get a physical copy if you’re going to have to wait weeks until a private stock market of scalpers decide that normies should get their hands on an EMMI Amiibo. Why procure physical copies of games when it’s such a hassle?

There’s no joy in it. It’s just a con. Console launches are supposed to feel like nervous holidays. Maybe you’ll get one if you show up early enough. Maybe you won’t. Now, the “maybe” is removed from “you won’t.” In all likelihood, you just won’t. You won’t get a new console on a new console release day anymore, because rich people with the right technology can buy it all fast and then turn it around to even more rich people who don’t see a big difference between $350 and $700.

eBay currently shows over 2,000 entries for “Switch OLED.” Some of them are, naturally, accessories. But scrolling through page after page after page of brand-new Switches sold for hundreds over its asking price is heartbreaking and intensely frustrating in equal measure. None of us are “owed” a new console, but it would be nice if we had the chance to buy one from an actual store and not a douchebag taking photos of a closed box in his large backyard.

Scarcity has been and will always be. I’m sure that the ancient Sumerians once launched a brand new clay tablet that sold out within hours. But when fans don’t even have a chance, when fans have to expect getting fucked, the industry is failing. We’re all encouraged to open twenty tabs and reload every online store until we potentially get the chance to maybe add it to our cart and then perhaps even buy it. Unfortunately, the moment it hits your cart, the site tells you that there’s been a “backend error” and the system is sold out. Fun.

Not because of solidarity with the average gamer who can’t afford scalper prices.

Not because it’s the right thing to do.

But because it’s stupid.

It’s stupid to let scalpers win. It’s stupid to want a new console so bad that you’re willing to support a cycle of shittier and shittier consumer experiences. It’s stupid to be part of the problem when there’s already so many other problems in gaming.

Next: Games To Which I Owe An Apology