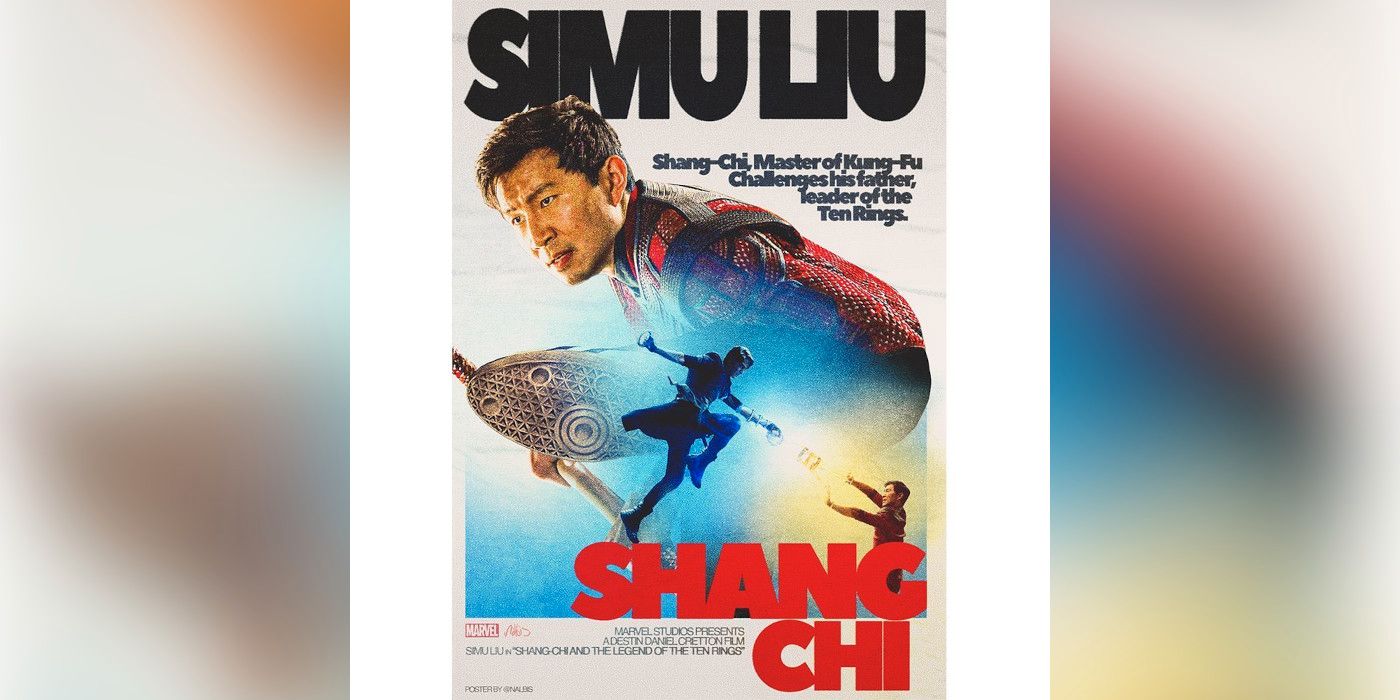 Shang-Chi and the Legend of the Ten Rings fan art recreates Bruce Lee’s iconic Game of Death poster pose. Marvel’s newest movie is also its newest smash hit after it took in $90 million over the long Labor Day weekend.

It would be an exaggeration of course to say that the blockbuster Shang-Chi actually saved the 2021 box office. But the movie certainly did a lot to boost confidence in the theatrical release model after months of COVID-related doubt (indeed Venom 2 was just moved up two weeks as a reaction to Shang-Chi’s triumph). A big part of the movie’s success is of course due to its star Simu Liu, a charismatic lead who is being hailed as the MCU’s first true action hero. Obviously Liu’s performance and the movie overall owe a huge debt to the great tradition of Asian action stars, from Bruce Lee to Jackie Chan to Jet Li to Donnie Yen and on and on.

Related: The MCU Shang-Chi Is Unrecognizable From The Comics

Of course the most enduringly iconic of all Asian action stars is Lee, who broke out of supporting roles in the early 1970s and blazed bright as the biggest name in martial arts films for several years, with many of his biggest films being released after his untimely death in 1973. Now fan artist nalbist has bridged the gap between Lee and Shang-Chi’s Liu with new art in which the MCU’s newest superhero recreates Lee’s pose from the poster for 1977’s Game of Death. See the image in the space below along with a glimpse of the original Lee poster:

Lee’s Game of Death was of course made even more iconic when Quentin Tarantino dressed his Kill Bill star Uma Thurman in a costume inspired by Lee’s yellow jumpsuit. Unfortunately Tarantino’s later use of Lee as a character in Once Upon a Time in Hollywood met with a much more negative reaction, as many Lee fans and even some family members objected to Tarantino depicting the action star as a jerk who could be beaten up by Brad Pitt’s stunt man Cliff Booth.

This new Shang-Chi fan art tribute to Lee is surely a more agreeable salute to the great Asian star than what Tarantino did in Once Upon a Time in Hollywood. But the compliment is really to Liu, who takes his place alongside other heroes of Asian action films thanks to Shang-Chi and the Legend of the Ten Rings. It remains to be seen of course if Liu will return in a Shang-Chi 2, but after the box office for the first film, it seems the odds of a sequel are greatly improved. Not surprisingly, Kevin Feige recently said that multiple ideas have already been concocted for a second Shang-Chi.

More: Shang-Chi: What Worked & What Didn’t