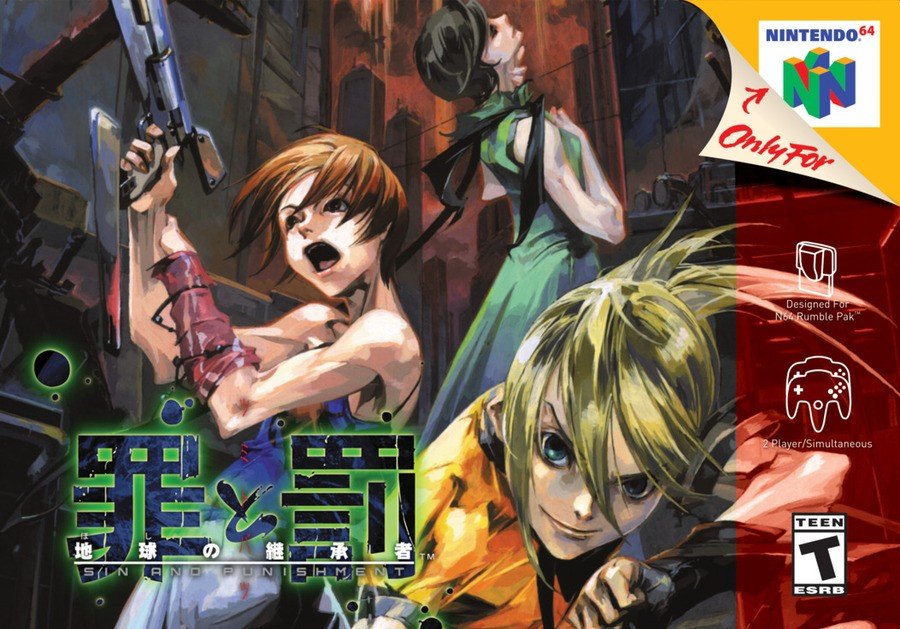 After a recent rumour, Nintendo yesterday lifted the lid on N64 games for its Switch Online service. They’ll be arriving “late” next month as part of an ‘Expansion Pass’ which also includes Sega Genesis (Mega Drive) titles.

Fans have been spotting some small differences between regions – like the addition of Custom Robo and Custom Robo V2 in Japan, and also a six-button Sega Mega Drive controller. Now, word seems to have spread about how Nintendo has gone to the extent of making an official North American box art for Sin & Punishment here in the west, to display on Switch Online.

The arcade-rail shooter co-developed by Treasure (known for Gunstar Heroes, Ikaruga, and more) was released on the N64 in the year 2000, exclusively in Japan. Seven years later it got a release on the Wii Virtual Console and eventually followed with a Wii U release. Back then, box art changes weren’t really necessary. Here’s the Japanese box art, in case you can’t remember:

Limited Run’s owner, Josh Fairhurst, has also seen the above North American box art doing the rounds and has noted how it would be a “dream” to work on a physical cartridge release of this game for a platform like the Nintendo 64.

What do you think of this localised box art for Sin & Punishment? Would you like to see the game get a physical release in North America and Europe one day? Leave a comment down below.