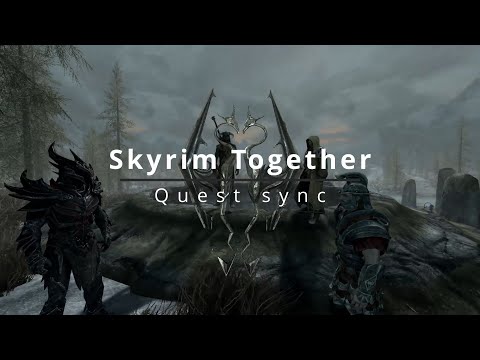 The Elder Scrolls V: Skyrim has been a purely single player experience since its initial release in 2011, with subsequent releases never looking at co-op as an option. However, as is the norm with Bethesda games, modders have taken it upon themselves to develop a co-op mod for Skyrim, called ‘Together Reborn’.

Skyrim Together started out life as a co-op mod for Skyrim on PC, many years ago. It was then rebooted in 2019 with new modders on board, with the aim to develop a more efficient version that worked with Skyrim Special Edition. Recently, tests showcasing quest sync (which works for all players in the lobby) have been successful, and the PC release is right around the corner. But, is it coming to Xbox?

Is Skyrim Together Reborn Coming To Xbox?

Skyrim’s co-op mod hits Steam PC this Friday, July 8th. ‘Together Reborn’ will only work with Skyrim Special Edition on Steam, specifically version 1.6 onwards. Sadly, this means the game isn’t coming to consoles either, and the developer says that an Xbox port is “impossible” at present. Here’s their simple response to an Xbox release:

Will Skyrim Together Reborn Work With PC Game Pass?

So, we’ve established that Skyrim’s co-op mod won’t be coming to Xbox, likely ever. But, what about PC Game Pass? Sadly, because the Together Reborn is limited to Skyrim Special Edition on Steam, it won’t work with PC Game Pass, as Game Pass isn’t available on Steam at present. This could change if Microsoft finds a way to integrate Game Pass onto Steam, but currently, the subscription service isn’t supported by Valve’s storefront.

If you do play Skyrim Special Edition via steam, then Together Reborn is about to bring a whole new dimension to the 2011 RPG. Here’s a recent developer stress test, showcasing more than 25 players exploring the world of Skyrim in one online lobby (although the mod team recommends 8 players):

Will you be trying this one out on Steam? Holding out for Game Pass to arrive there too? Let us know!