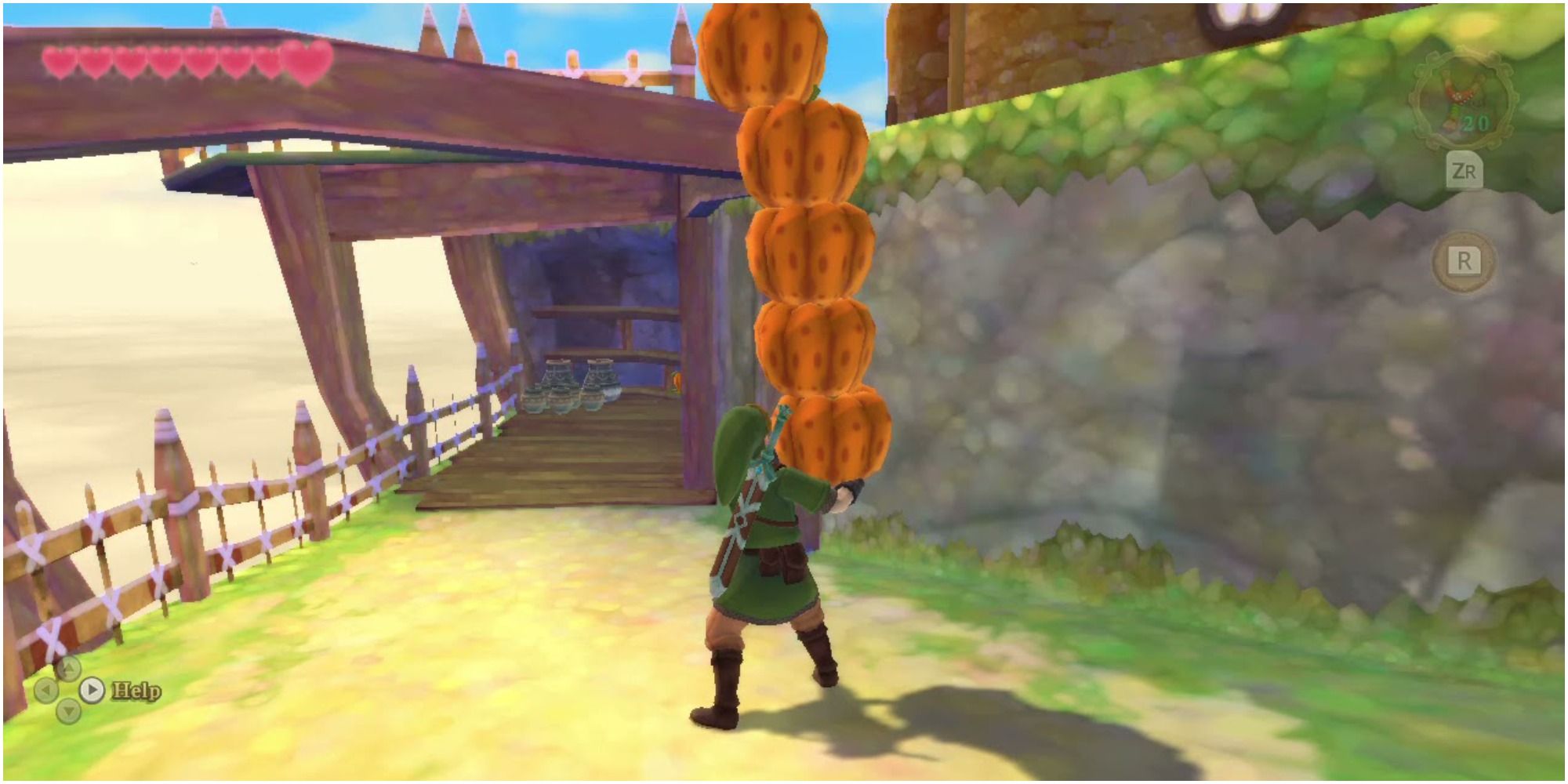 Zelda is a part of gaming history that, for one reason or another, I have almost entirely missed out on. I’ve owned most Nintendo platforms; courtesy of my uncle leaving it at my nana’s house when he moved out, the SNES was my first ever console, and the Wii is my favourite one of all time. I’ve had the opportunity to play Zelda, I’ve just never really taken it.

That all changed with Breath of the Wild. Despite its critical acclaim, I understand it’s not necessarily the best game to start with to get a feel for Zelda. Its whole deal is that it reinvents the wheel, right? But if I’ve never seen a wheel before, a reinvention probably isn’t the ideal place to start. For what it’s worth, Breath of the Wild wasn’t for me. I get why people love it, and I understand its influence on the industry – that’s why I hope I hate Breath of the Wild 2 – but nah. Not sold on Zelda from that, especially since I played over 30 hours and never actually met Zelda.

Related: Hopefully Skyward Sword Finally Gets The Respect It DeservesUsing the NES Online library, I dabbled in another Zelda game, but I was busy hopping between a few different games then and Kirby ended up winning out, so I never went back to it. That should be enough to tell you I wasn’t hooked by it, but I never really gave it a fair shot. I don’t even remember its name, I just left the money on the bedside drawer and got out of there. Let’s call that one a tie.

Skyward Sword HD was a bit of a make or break for my relationship with Zelda games. A groundbreaking title that changed the Zelda formula, an older game I played so little I don't even remember its name, and an experimental motion control-heavy Zelda title might not seem like the best mix to experience the glory of the series, but it's what I've played so… what are you going to do?

Fear not though, a few hours into Skyward Sword and I'm already enjoying it a lot more than Breath of the Wild. The motion controls are a bit finicky, especially when it comes to the camera, but on the whole, it's a good game. I haven't played enough of it to decide whether it's great, or whether it's finally going to be the game that lives up to Zelda's reputation in the gaming canon, but it's going well.

I’m not just writing this to tell you all that the game I'm playing right now is just peachy, thanks. It's because my fleeting experience with Zelda games has been atypical. When people talk about the classic Zelda games, it’s the likes of Ocarina of Time, Wind Waker, Majora’s Mask, and Twilight Princess that get mentioned. It’s this formula, beloved and essential to the evolution of ‘00s gaming as it is, that Breath of the Wild needed to break free of to help Zelda evolve. I know, from listening to other Zelda fans, that Skyward Sword was seen as a similar attempt to reinvent the wheel, albeit one that only succeeded in making it into an oval.

In playing two Zelda games that both tried to change what being a Zelda game means, I have something of a unique perspective. Not entirely unique – these are two of the most recent Zelda games to launch, and Nintendo notoriously makes playing older games difficult – but considering Zelda’s status among the gaming greats, it’s unusual that I’ve avoided them for this long.

Skyward Sword’s attempt to change the Zelda landscape was ultimately unsuccessful, leaving it behind the ‘00s legends in the Zelda stakes and paling in comparison to Breath of the Wild’s much bigger impact. But even just a few hours in, it feels a lot more refreshing than Breath of the Wild. It holds your hand a little too much in the opening throes, and that needs to die down for me to connect with it on a higher level, but its structure feels much more comforting. I’ve already met Zelda, as well as several characters that brighten up the world with flair. By this point in Breath of the Wild, I’d had a literal wet dream about Zelda, wandered around naked while shaking my stick at strangers, and briefly talked to an old dude I never saw again.

Breath of the Wild had all but convinced me that Zelda wasn’t for me. Sure, it was Zelda reimagined – but it was still Zelda, right? Plus, it was a masterpiece. If I didn’t like this, well, I don’t like Zelda. Skyward Sword has pulled me back in. If Nintendo ever remasters Ocarina of Time again, I’ll be first in line.

Next:Pokemon Unite Has Convinced Me That Cinderace Is The Best Starter