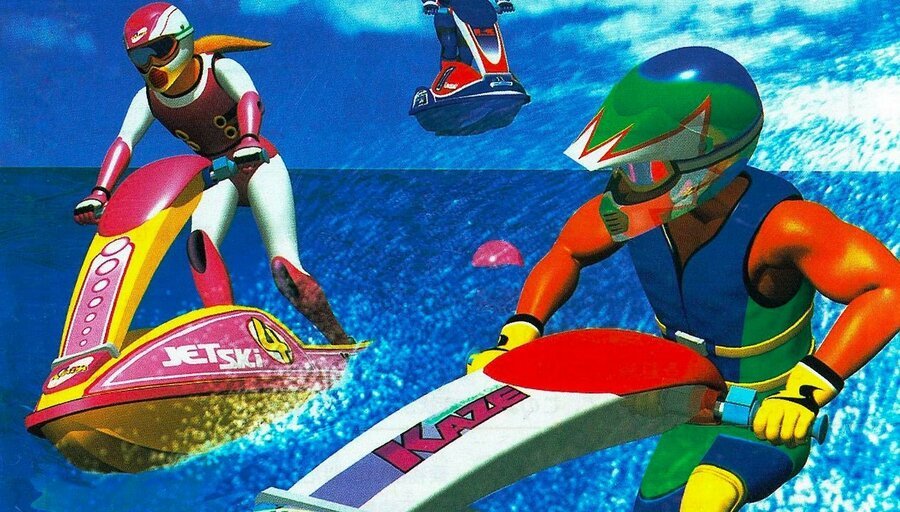 Let’s get the controversial early opinion out of the way, just so any pitchfork wielders can start sharpening their implements right away: a lot of Nintendo 64 games haven’t aged very well. Of course they haven’t, because it was a console in which Nintendo was at the bleeding edge of 3D graphical technology, a bold move that seized it a place in history as the company delivered genre-defining home console experiences that simply hadn’t been possible before. In terms of consoles, it was a system with games that set the 3D standards in platformers, first-person shooters, action-adventure games, you name it. Mario, The Legend of Zelda and even good-old 007 blew minds back in the late-’90s.

I was 12 years old, and all of the usual classics did indeed excite me a great deal. Yet one of my most played games in that era was Wave Race 64, a jet-ski racer and sequel to a Game Boy title I’d never heard of — and yes, dear readers, it’s aged just fine.

Back in the day it was one of the most arcade-like games I’d ever seen on a console; remember this is an era where light-gun games and SEGA Rally on the Saturn were hugely impressive — yes, simpler times. I didn’t live in a town with a real arcade, so whenever I saw coin-op machines on a trip I would obsess over playing them (much to my parent’s annoyance).

Wave Race 64 had that vibe, for me, and it had that water. It may not look too wild nowadays when we have the likes of Sea of Thieves recreating the sea in stunning detail, but the idea of a game with realistic waves and physics to match seemed fanciful at the time. Yet that’s what the game achieved. You weren’t racing a jet-ski around as if it was a car on a flat surface; the game would throw you around and let you know to respect the elements.

Of course, as better players and speedrunners know, the waves opened up some pretty fancy jumps and shortcuts, which feel deliberate. I would be lucky to get through a run in ‘normal’ difficulty, but would sit and watch my older brother tackling the toughest CPU AI and taking every shortcut on offer. It’s a game that gets genuinely difficult if you’re up to the challenge, so even today there’s good replay value. You can be rubbish like me, or really get to grips with the mechanics and dominate — the development team did admirable work.

What really sticks in my mind, alongside the joy of bouncing around on the waves, is the soundtrack. Good grief that soundtrack is pure ’90s arcade gaming, with a pitch-perfect synth sound and melodies that will stick in your mind forever. When a colleague mentioned the anniversary was coming up on 27th September, the music started in my head, like a Spotify recommendation that was, for once, good. Kazumi Totaka, take a bow.

All of these memories, of course, were formed on an inferior version, too, though my ignorance was bliss at the time. Being in the UK I was rocking the PAL 50Hz version, and didn’t realise it was faster and even better in other parts of the world until years later. For those wondering whether this matters in the here and now, yes it does, so hopefully Nintendo Switch Online won’t go that way — although, worryingly, it looks like it just might.

Seriously, just look at the difference. I’m grateful that the young me didn’t see this when I was happily enjoying the PAL version:

Wave Race 64 isn’t currently on the N64 list for Nintendo Switch Online, and you have to go back a little while to see hints that the series could come back in the future. We sort of had a nod to the idea way back in Wii Sports Resort, but like a certain futuristic racer this series has been dormant since the GameCube era. At the very least we’ll hopefully see this classic arrive on NSO eventually, especially as it did get releases on both the Wii and Wii U Virtual Console.

If it’s the 50Hz version in Europe, though, I’ll definitely be downloading the North American app to play it. Until that time, here’s to Wave Race 64 — a classic that was fun, relentlessly optimistic and is still a blast to this day.