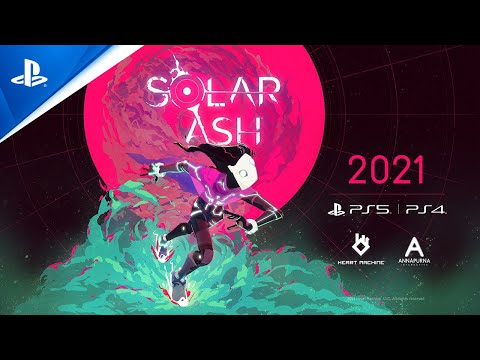 Developer Heart Machine Official has announced a delay to its upcoming PlayStation exclusive 3D platformer Solar Ash. The game was originally scheduled for an October launch but has now been pushed back until December.

An official statement shared via the developer’s Twitter channel cites additional time required for polish and bug fixing ahead of its final launch:

We are delaying release of #SolarAsh until December 2, 2021. Full statement here: pic.twitter.com/cfPS5SkbMa

For those not up to speed, In Solar Ash, players will assume the role of a Voidrunner in a 3D platformer as she looks to save her home. To accomplish her goal, she’ll be traversing a world within a giant black hole full of enemies and obstacles to deal with. As you go deeper and deeper into the black hole, foes will become larger, and must be dealt with in more precise, skill-based ways. It was first revealed back in 2019.

Developer Heart Machine is the same team behind Hyper Light Drifter, the acclaimed 2D RPG released back in 2016.

While you wait for its release, you can check out the Solar Ash trailer below to see all of the smooth platforming and vibrant visuals for yourself:

Solar Ash will be released for both Sony’s PS4 and PS5 consoles.