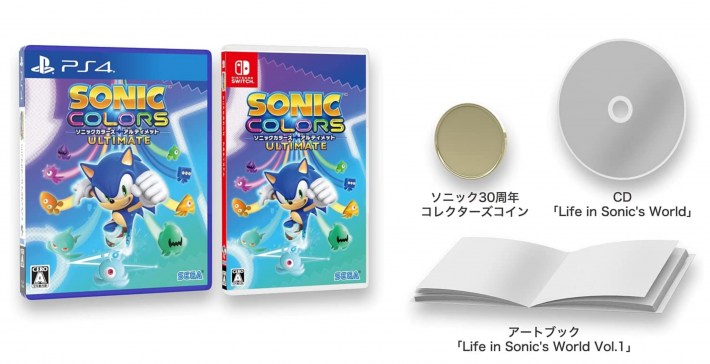 2001 seems like another lifetime ago, but that was the year the Sonic the Hedgehog franchise celebrated its 10th anniversary. In honor of the milestone, SEGA released a Birthday Pack which contained a gold collector’s coin, a book on the history of Sonic the Hedgehog, and a gold music CD with songs from various Sonic soundtracks, all housed in a sturdy blue book with gold graphics embossed onto the front. The pack came bundled with a special edition version of Sonic Adventure 2 for Dreamcast, and the entire bundle was available for purchase for only two days. This special release was, as we’ve grown accustomed to hearing, a Japanese exclusive.

Twenty years later Sonic fans can get ready to pay import fees all over again, because a new Japan-only Birthday Pack is on the way for the big celebration of Sonic’s 30th anniversary. This time dubbed the Anniversary Pack, the collection contains the following: 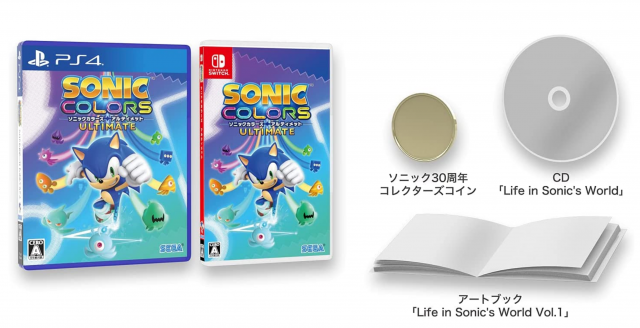 The Anniversary Pack will retail for 9889 Yen, or about $89 USD. Additionally, SEGA is releasing a DX Pack (which can either be purchased separately from or together with the Anniversary Pack) which contains Sonic Colors Ultimate merchandise. The DX Pack contains:

The DX Pack will be exclusive to the Ebten SEGA Store. On its own it will retail for 10,897 Yen ($99 USD) or with the Anniversary Pack for 16,379 Yen ($149 USD). Both packs will launch alongside Sonic Ultimate Colors on September 7.

Will you be importing either (or both) of the packs being released for the 30th anniversary of the Sonic the Hedgehog franchise?