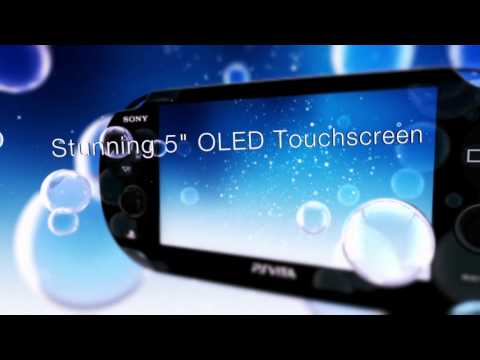 A reader argues that the PS Vita would work much better as a modern portable console and the perfect companion to Sony’s PS5.

I have seen an increasing amount of talk lately about the PS Vita and the idea that Sony should not have killed it off so early. I completely agree with this, and have always argued the fact, although I don’t think it’s so much that Sony killed the PS Vita off early as they never gave it their full backing in the first place and just left it to flounder and die.

You don’t have to be an insider to see that Sony America never wanted the Vita and while Japan pushed for it almost as soon as it was out Sony’s support tried up and it became a format mostly for indie games and the odd brave third party game. But it is still a great machine. I still use it on the train to work. The game and controls are much better than a smartphone and it’s smaller and sturdier than a Switch. As far as I’m concerned, it’s the ultima portable and Sony should bring it back just as it is.

I’m sure they could improve the screen but in terms of raw power it’s absolutely fine for indie games and what I think could be its main selling point: streaming.

The Vita already had remote play with the PlayStation 4, which basically worked like a better version of the Wii U idea. That kind of wireless tech has definitely got better over the last 10 years so I’m sure it would be no problem to be able to play PlayStation 5 game seamlessly on the Vita and to use it to play streamed games via PS Now – or PS Plus Premium as it will be soon.

Price was one of the biggest problems for the PS Vita, it was £230 for the cheaper version and £280 for the 3G/Wi-Fi model. That’s obviously a lot but I would assume that, more than a decade later, it could be released for at least half that price. Get it down to £99 and you’ve got something that is basically a must have for every PlayStation owner.

One obvious reason, amongst many, that this isn’t going to happen is the semiconductor shortage. Sony aren’t going to want to take any time out from manufacturing the PlayStation 5 to make a new (old) portable. But I think there are two additional good reasons why thy should: Nintendo Switch and Steam Deck.

These two hybrid portables have been massive hits straight out the gate and yet neither Microsoft or Sony has done anything to try and make something similar. Microsoft has zero experience with portables, but Sony does and this should not have been a big question for them. They should have identified that their rivals had found a new market and realised that there was more money to be made there.

I love the big screen experience on my PlayStation 5 but I’m also jealous of the portability and versatility of the Switch. I wish the PlayStation 5 could do that, and while that’s impossible given its size the PS Vita, or at least something like it, is the next best thing. And no, a smartphone is not just as good. A smartphone has no proper controls and I’m not wandering around with a DualSense in my pocket just on the off chance I want to play a game.

When it was phased out the PS Vita was seen as the last gasp of an outdated concept, one that even Nintendo has now abandoned. If it was released today though it’d seen as cutting edge, part of a new wave of hybrid consoles that if Sony and Microsoft don’t catch up with is going to live them in the dust.

MORE : Today is the last day you can buy PSP games on the handheld – but you can still get them on PS3 and PS Vita

MORE : Fan works out how to buy PS3 and PS Vita games from the old PlayStation Store website