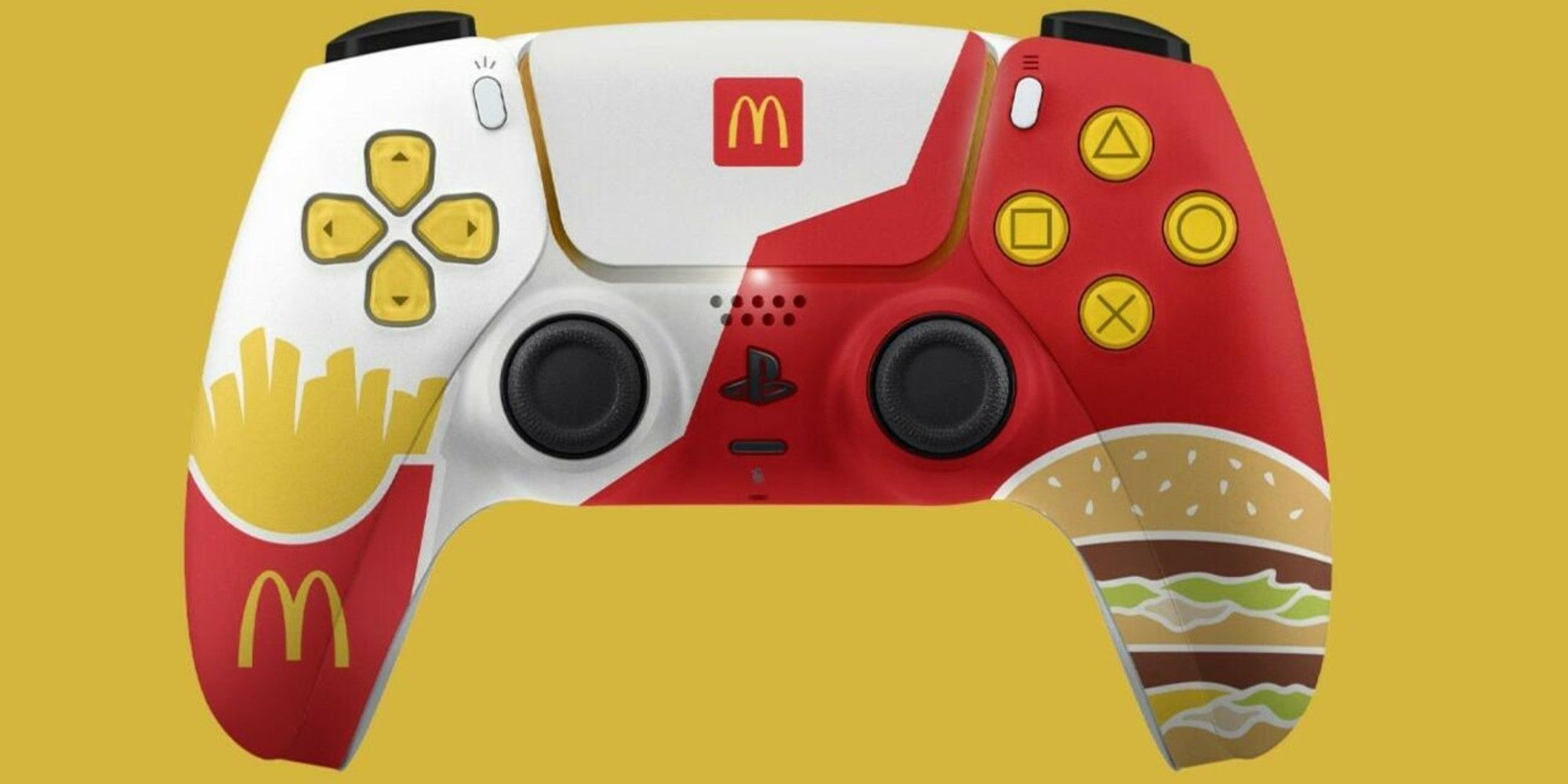 McDonald's has had to renege on its fast food-themed DualSense giveaway after not getting PlayStation's blessing before it went ahead with the plan.

PS5 owners currently only have three official choices when it comes to DualSense colors. The standard white, midnight black, or cosmic red. Meanwhile, Xbox owners can use the Design Lab to create controllers in pretty much any color and pattern they like. It's worth noting that you can't get the word bumhole printed on them, though.

As for the DualSense, there are, of course, some unofficial avenues out there that will allow you to don your controller in various other colors. We just didn't expect one of those avenues to be McDonald's. The Australian arm of the fast-food empire is preparing to celebrate the 50th anniversary of McDonald's first arriving on its continent, and it wanted to do that by giving away McDualSense controllers.

RELATED: The DualSense Feels Like It Was Made For Ratchet & Clank

The controller, which you can check out below, is red and white with animated images of a Big Mac and a portion of fries on either side. There's a McDonald's logo in the middle and the D-pad and buttons are the same color as the golden arches. However, thanks to PlayStation's response to this alternative DualSense's creation, they will never make it into the hands of any Aussie PS5 owners.

McDonald's Australia revealed to Press Start that Sony did not authorize the use of the DualSense in its promotion, and therefore the limited edition controllers will not be a part of it. “Sony PlayStation has not authorized the use of its controller in promotional materials related to the proposed Stream Week event and we apologize for any inconvenience caused,” the statement reads.

Stream Week has been postponed, but hoodies and Twitch channel subscriptions will still be a part of the giveaway when it eventually goes ahead. As for the McDualSense, since a photo of one can be seen above, it's assumed that the controllers have already been made. That means they are out there somewhere, and surely one day someone will get their hands on one. It will probably resurface 20 years from now on a resale site and sell for thousands of dollars, just like the Kirby e-reader card that popped up on eBay recently.

NEXT: Rivet And Kit Need Their Own Miles Morales-Style Spin-Off