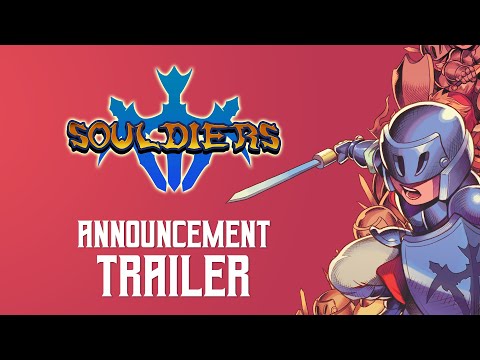 Do These Difficulty Factors Add or Multiply?

Fans of punishing games should be ready for the adventure of their lives. Coming in Spring 2022, Retro Forge Games’ Souldiers fuses Soulslike gameplay with Metroidvania level exploration. With a focus on action, Souldiers allows players to pick from 3 classes. These classes include an archer, a spellcaster and a sword-wielding scout. These classes bring full upgrade paths, and 3 completely different playstyles allowing for easy replayability.

Similar to other Soulsborne games, there is a parry and dodge move. The Metroidvania elements come from the level design. There is a decent amount of platforming involved in the game and presumably involves a tiered exploration design. For example, players could be subjected to explore an area, with certain paths being unlocked by an ability that is only granted to the player later in the game.

As of now, we don’t have a lot of information surrounding the game which is worrying with such a close launch date. The 16-bit graphics look incredible, and we’re confident the game will be worth playing for that alone. Just be prepared to break your controller as historically, Souls and Metroidvania-style games are difficult. These factors combined, the game could possibly raise your blood pressure.

Fans of Soulsbourne games will have an amazing start to 2022, with the release of Elden Ring, as well as a potential Bloodborne remaster and PC release. Souldiers releases in the Spring of 2022 on PC and Switch. It is unclear yet whether we will be receiving ports to other consoles. PS4 and Xbox One releases are all that’s necessary, and next-gen releases would be an added bonus although aren’t necessary for such a title. Given enough time, the studio could do some interesting things such as haptic and trigger cues for dodge and parry on the PS5. We’ll keep you posted here on COG as more information is released.