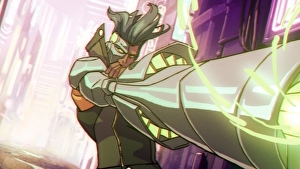 A Splinter Cell animated adaptation was first rumoured last July, but Ubisoft and Netflix have now made the show official. It’ll follows the adventures of iconic video game series protagonist Sam Fisher after he’s recruited to work for the NSA’s mysterious Echelon Division.

Expect black ops missions, stealth, and military tactics in a series that’s being written by John Wick scribe Derek Kolstad. That’s pretty much all Netflix has shared right now, other than this appropriately shadowy glimpse of Sam as he’ll appear in the show: