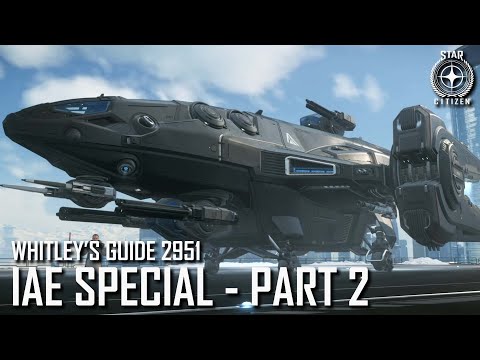 This means that the star of the day is the Aegis Redeemer gunship, a brand new flyable ship that packs a mean punch.

Yet, our old friend (and Jeremy Clarkson spoof) Jax McCleary seems to want to use it for a rather “peaceful purpose.” Perhaps it’s really time for his Stig-like assistant Jimmy to show if he can steer the ship himself?

Due to the current free fly event, which lasts until December 1, everyone can try flying the Redeemer, regardless of whether they’ve spent any money on the game.

You can check out the new trailer below, alongside a visit to the RSI hall that opened yesterday, in case you miss it. You can also take a look at the Anvil day’s hall.

In other Star Citizen news, the crowdfunding total has just rocketed past $401 million and it’s currently sitting on $401,455,569.

As usual, you should keep in mind that it’s known that not all of them are paying players. The number includes free accounts created for a variety of reasons, including Free Fly events like the one happening now.

Recently, we got an extensive look at what’s coming to Star Citizen with several panels hosted at CitizenCon, while Alpha 3.15 has recently been released.

If you’re wondering whether the game is actually fun to play, this is a good place to start. A star-studded single-player campaign titled “Squadron 42” is in development.

For the sake of full disclosure, do keep in mind that the author of this article has been a Star Citizen backer since the original Kickstarter campaign several years ago.

The post Star Citizen IAE 2951 Day 3 Is All About the Aegis Redeemer as Crowdfunding Rockets Past $401 Million appeared first on Twinfinite.