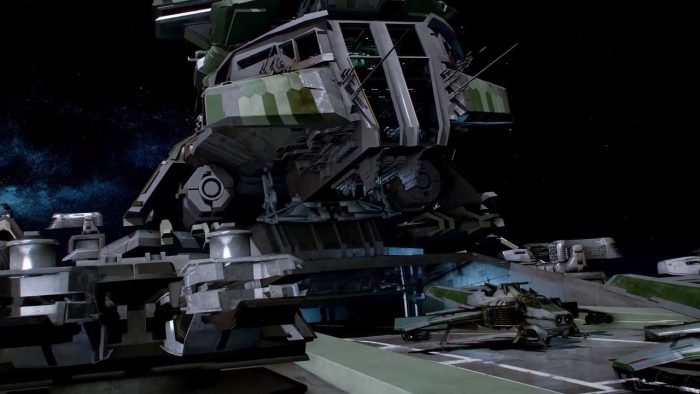 Star Citizen, a game developed by Cloud Imperium, seems to be an eternal work-in-progress. The game’s test server just got its latest update, and some players discovered a new way to use their newly added healing guns. Now, Star Citizen players can deliver drug overdoses to unsuspecting players, knocking them unconscious, and then stealing whatever items they have in their inventory—all of this happening in an area that forbids PvP combat.

Whenever Star Citizen players are hanging out in bases, they are, technically, safe. They can just stand around and fiddle with their inventory. After all, such areas forbid player-versus-player combat. Healing others, however, is not considered as an act of aggression.

After Star Citizen’s 3.15 update was rolled out, players can now heal other players without their consent. In most games this will not be considered as an issue, but, in Star Citizen, this new feature has allowed players to overdose others on healing meds. After the unsuspecting players received a large dose of drugs, they fall to the ground and will be incapacitated. The players who did the deed can drag them around and even steal their inventory, leaving the victims laying on the ground in their underwear.

Many serious Star Citizen players are not too happy with the overdosing situation, especially since they can easily get knocked out while they are in the middle of accessing the ships that they have docked. Once those huge doses of healing meds hits them, they become unable to run or defend themselves from their jokester opponents for a brief period of time.

Considering that this is all happening within Star Citizen’s test server, it is highly likely that the mechanics are going to be changed once the game is finally launched. Many Star Citizen players believe that the best way to fix this hilarious problem is to make the consent to be healed in the game mandatory.

What do you think of this overdosing feature? Let us know in the comments below.

The post Star Citizen Players in Safe Zones Can Overdose Others on Healing Meds appeared first on COGconnected.