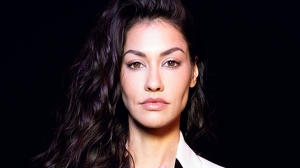 The Borderlands movie cast appears to well and truly be taking shape, as along with Jack Black, Jamie Lee Curtis and Cate Blanchett, we have another name to add to the list – and it's Janina Gavankar.

Gavankar played Iden Versio in Star Wars Battlefront 2, and she's also acted in films including The Way Back and Blindspotting. She recently wrapped up production on Amazon's upcoming sci-fi film Invasion, and is currently reprising her role in Apple TV series The Morning Show.

Here she is as Iden Versio in Battlefront 2: